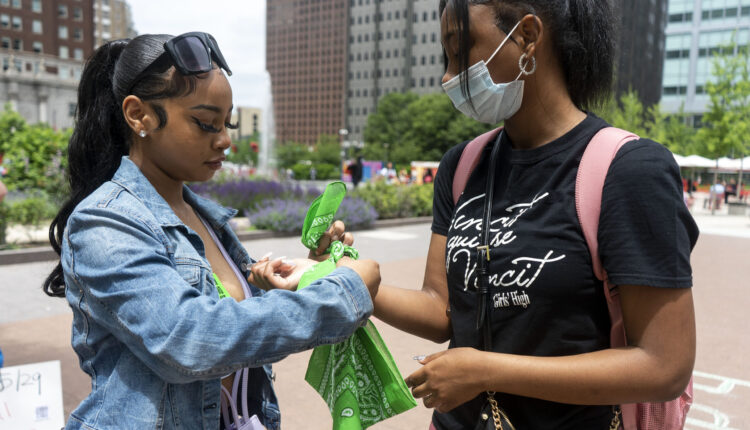 Individual states and some cities are taking legal steps to either limit or allow abortions, gearing up for what will likely be a fierce national battle if the U.S. Supreme Court overturns the constitutional right to abortion.

But a ruling – likely to come sometime in June or July 2022 – will be only one important step in the ongoing national abortion saga. While 13 states, including Arkansas, Missouri and Oklahoma, have “trigger laws” that would almost immediately restrict abortion if Roe v. Wade is overturned, the legal future for abortion in 10 states is uncertain.

As a professor of health law, public health law and medical ethics, I think it is important to understand that it may take time to see the full effects of a Supreme Court decision at the state level.

Many states have laws regulating abortion already in place, while other states are moving to expand or restrict abortions. Oklahoma, for example, approved a new law on May 26, 2022, that bans most abortions after a fetus’ heartbeat can be detected – usually around six weeks after conception. The only exceptions are cases of reported rape or incest, or a need to save the pregnant woman’s life.

In Austin, Texas, lawmakers are working to pass a law that would decriminalize abortion within city limits. Towns in Nebraska and elsewhere have also approved local regulations that ban abortion. While state laws can override these rules, local ordinances can still limit where abortion clinics can operate.

It’s key to keep in mind, though, the legal process at the state level can involve not only the Legislature, but courts and state governors, which creates a complex and sometimes unpredictable outcome that could take months or years to resolve.

The Supreme Court is currently reviewing Dobbs v. Jackson Women’s Health Organization, a case that considers a Mississippi law called the Mississippi Gestational Age Act. This 2018 law prohibits most abortions after 15 weeks of pregnancy, with medical emergencies or fetal anomaly as exceptions.

The Supreme Court ruled on Roe v. Wade in 1973, establishing that women have a right to get an abortion before a fetus could survive outside of its mother’s womb – typically around 24 weeks of pregnancy. After this time, states could choose to restrict abortion – as long as there were exceptions to preserve the life or health of a pregnant woman.

Now, if the Supreme Court rules in favor of the Mississippi law and overturns Roe v. Wade, states would regain power to regulate abortion.

This would result in a new patchwork of state laws across the U.S. that would take time to be approved and implemented.

There’s already been a growing gap on this issue across states. In 2018, many states began passing new laws to either make it harder or easier to get an abortion.

Many states are now working to not entirely ban abortion, but rather to change the point at which someone can get an abortion during pregnancy.

Currently, only three states – Alabama, Arkansas and South Dakota – plan to entirely ban abortions, with the exception of a medical emergency.

The picture is more nuanced in different states. Some states have trigger laws that would make it illegal for someone to perform an abortion after six weeks of pregnancy.

Texas already enacted a law in 2021 that makes it illegal for someone to perform an abortion after six weeks of pregnancy.

Legislators in other states, like Arizona and Florida, also recently approved laws that restrict abortion after 15 weeks of pregnancy.

Some federal courts have challenged these kinds of restrictions. In over a dozen states, including Kentucky, a federal court blocked state laws in April 2022 that restricted when someone can get an abortion. But overturning Roe v. Wade could allow these laws to take effect, or could produce more legal battles to block the law or revise it.

Every state would still permit exceptions, such as for medically necessary abortions or health emergencies. Each state’s exception would differ slightly.

An estimated 21 states, though, would continue to have few limitations on getting abortion if Roe v. Wade is overturned.

There is also growing momentum for some states to make it easier to get an abortion, by allocating taxpayer funding for abortion services, for example, or mandating insurance coverage with no additional cost.

In recent years some states, such as Maine, Illinois and Virginia, have changed their laws to allow medical professionals who are not doctors, like nurses, to perform surgical abortions.

Eight states, including California, New York and Washington, have laws that guarantee the right to get an abortion.

Seven states, including Colorado, Oregon and Vermont, have no limits on when a pregnant woman can get an abortion.

Some states, meanwhile, have state abortion laws predating Roe v. Wade that they may to revisit. Michigan, for example, has a 1931 law that makes providing an abortion a felony, unless it is done to protect the life of the pregnant person.

A Michigan court blocked enforcing this law on May 17, 2022, even if the court overturns Roe v. Wade. This means the Michigan Legislature may revise the state law, which could take months.

If the Supreme Court indeed throws the question of abortion back to states, the outcome of Dobbs v. Jackson could be the starting point for states to navigate a wide range of new abortion laws.

Katherine Drabiak is an associate professor of health law, public health law and medical ethics, University of South Florida. She wrote this piece for The Conversation, where it first appeared.