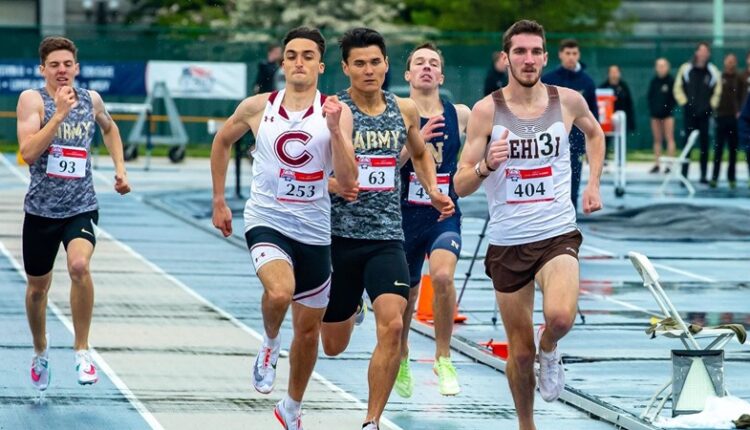 BETHLEHEM, Pa. – Kyle Burke has had an incredible senior year for Lehigh. Seven school records, three Patriot League titles, one IC4A title and now a chance to compete at the NCAA East Prelims.

Congratulations to senior Kyle Burke for qualifying for the @NCAATrackField East Prelims! Action will begin on Wednesday, May 25 at the Robert C. Haugh Complex at Indiana University. pic.twitter.com/SvY5KG0NJp

Burke is currently ranked 51st in the 800m with a time of 1:48.45. The senior earned his season best time at the Virginia Challenge back in April where he not only won the race but broke his own school record as well.

He started off the year with the record in the 1000m (2:24.61) back in January. In February, he went back-to-back weekends with school records, breaking the distance medley relay with juniors Connor Melko, Brandtson Duffie and Jacob Martinez at the Dr. Sander Invitational. The following weekend, he broke his third school record of the year in the mile at the Rutgers Open (4:05.00). To end the indoor season, Burke won the 800m at the Patriot League Championships and earned his fourth school record of the year (1:50.84).

Burke continued to add his name to the record books during the outdoor season. At the Bison Outdoor Classic in April, he broke records in both the 1500m (3:44.57) and 800m (1:49.76). To wrap up the outdoor season, Burke claimed his third Patriot League title of the year, winning the 800m with a time of 1:52.59. The following week, he not only won the 4×800 relay at the IC4A Championship but he also broke his seventh record of the year alongside juniors Kerem Ayhan, Duffie and Martinez.

‘Almost Like Malpractice’: To Shed Bias, Doctors Get Schooled to Look Beyond Obesity