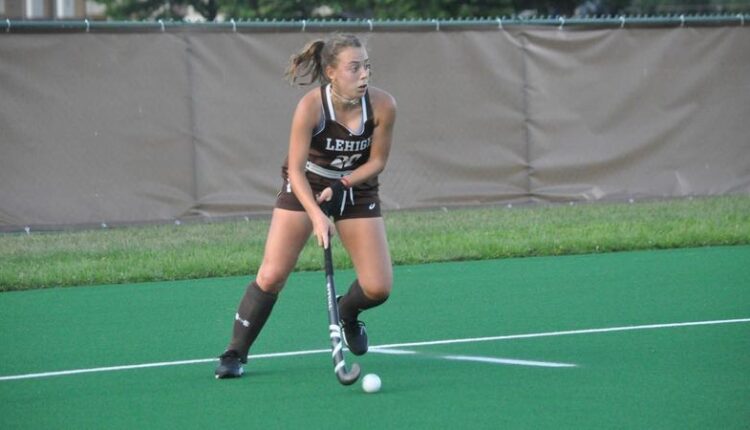 BETHLEHEM, Pa. – Lehigh senior Sarah Bonthuis has been named Patriot League Offensive Player of the Week, the league announced Monday. This is the second award this season for Bonthuis, who scored the lone Lehigh goal in his Patriot League opener against Boston University and then tallied a career-high six points in a win over Sacred Heart.

In Saturday’s league opener against BU in Cambridge, Bonthuis opened the scoring with a reverse stick shot in the 19th minute. She then followed up with two goals and two assists Sunday in a 5-1 victory against Sacred Heart in a game that was played in New Haven, Conn. Bonthuis opened the scoring with a first-quarter penalty stroke and added her second goal of the day in the third quarter. She also assisted on junior Abbie Brown’s first-quarter goal, which gave the Mountain Hawks a 2-0 lead after 15 minutes of play; and later set up first year Maddie Kandra who tapped in her third goal of the season, which gave Lehigh his 5-1 lead in the fourth. Bonthuis also led Lehigh with 12 shots and six shots on goal this weekend after moving up to the Mountain Hawks’ forward line.

For the season, Bonthuis has six goals and four assists for 16 points. She is tied for the Patriot League lead in points and ranks second in goals scored. On Sunday Bonthuis matched her career-high for goals in a game and set new single game highs for assists and points. Bonthuis scored five points in a Patriot League win at Colgate last September.

Also on Monday, senior goalkeeper Maddie Kahn garnered honorable mention recognition. Kahn established a career-high in saves against Boston University as she was credited with 16. She kept the Mountain Hawks in the game until BU scored two goals in the fourth quarter to account for the final three goal margin. Kahn added four more saves in the win against Sacred Heart. She now has 51 saves and has stopped 67 percent of shots on goal in eight games this season.

The Mountain Hawks will host a pair of NEC foes this weekend as Merrimack visits on Saturday and LIU comes to town on Sunday. Action both days is set to begin at noon.