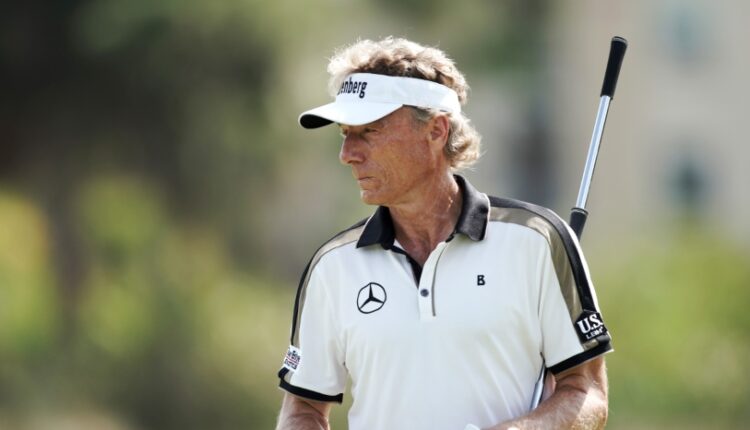 Langer, the 64-year-old German star who has six Charles Schwab Cup season titles and 42 victories on the PGA TOUR Champions, had five straight birdies on the back nine in a bogey-free 8-under 64.

He has bettered his age once and matched it one other time on the PGA TOUR Champions.

“It’s just fun shooting your age,” Langer said. “It was really fun doing it the first time on my actual birthday. It’s still special because it’s not easy to do. Hopefully, it gets easier as we get older, but we’ll find out. The future will show.”

“Some from nice distance,” Langer said. “Nothing extremely long, but still 15-footers. It’s always good to see them drop. So, I made my share today and kept the ball in play. Was never really in trouble, which was good.”

Robert Karlsson and Tim Petrovic were two strokes back, and Goosen, Thongchai Jaidee and Paul Stankowski followed at 67.

Karlsson is returning from back problems.

“Obviously, missed the last couple events at the end of last season,” the Swede said. “So, I’m just very, very happy to be able to play, coming back to playing and playing pain-free. So whatever was in the scorecard today I was going to be OK with.”

Steve Stricker, the winner last year, was unable to defend as he tries to regain strength from a virus that hospitalized him late last year.

Brian Gay and YE Yang each shot 70 in their senior debuts. Gay turned 50 on Dec. 14. He won the Bermuda Championship on the PGA TOUR in the fall of 2020.

“It’s exciting,” Gay said. “It’s really strange though. I feel like I don’t know where I’m at kind of. It’s so different. You know, it’s close to home, down in Florida, so I thought I would come this week and see what it’s all about.”

Miguel Angel Jimenez, the 2019 champion who opened the season last month in Hawaii with a victory in the Mitsubishi Electric Championship, matched playing partner Jim Furyk with a 71.