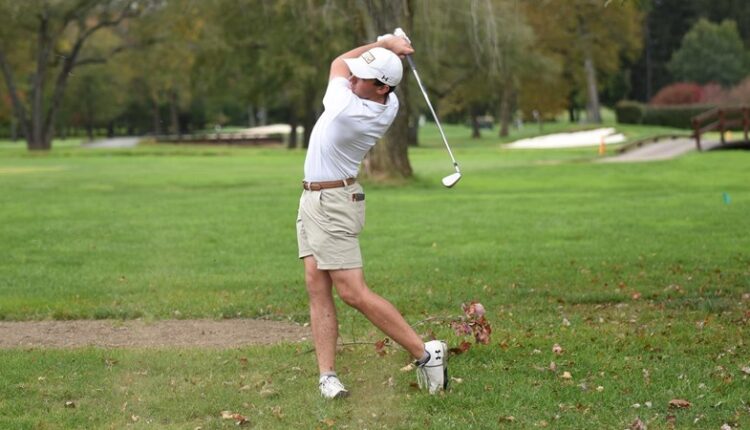 BETHLEHEM, Pa. – Lehigh junior Sam Barton has been named to the Academic All-Patriot League Team for men’s golf announced Tuesday afternoon. Barton earned his second consecutive All-Patriot League honor in 2022 while also serving as one of the Mountain Hawks’ top performers in the classroom.

To be eligible for the Academic All-Patriot League Team, a student-athlete must have at least a 3.20 cumulative grade point average and be a starter or key player in his/her sport. Freshmen or students in their first academic year at their school are not eligible for the honor. The team is voted on by the league’s sports information directors.

Barton carries a 3.76 cumulative GPA as a finance major. He is a two-time member of the Patriot League Academic Honor Roll and has made Lehigh’s Dean’s List with a GPA better than 3.6 in three of his first five semesters. Last summer, the Center Tuftonboro, NH, native was one of three Lehigh players named Srixon/Cleveland Golf All-American Scholars by the GCAA.

On the course, Barton is now a two-time All-Patriot League honoree. He tied for third place at the 2021 Patriot League Championship to earn first-team honors and then added second team honors earlier this month with a 10th place finish at The Steel Club.

Barton had a 76 stroke average this season over 23 rounds with a low round of 71 at The Doc Gimmler last September. He led the Mountain Hawks at the Lehigh Invitational, tying for third place at even par 144 (72-72) and was named Patriot League Golfer of the Week for his efforts.

Loyola senior Matthew Malits was voted Scholar-Athlete of the Year for men’s golf.