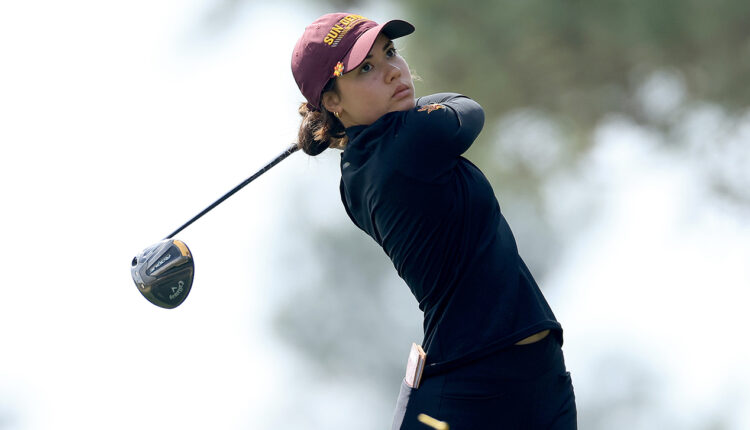 When Menne was 10, the family moved to Arizona, as her dad Carl got a new position in his job with an aircraft company. She started playing more, competing more. Her body got stronger. And she joined the First Tee.

Menne remained a First Tee participant from age 11 or 12, all the way through senior year of high school, where she was selected to compete in the PURE Insurance Championship through an extensive process that included a written test, golf test and interview at the state level, followed by an essay portion and another interview.

The process was more than worth it, Menne said, as well as her First Tee participation on the whole – progressing through the ranks to the highest level of ‘Ace’ certification.

“You learn not only about golf, but how to interact with people and how to hold yourself,” Menne said. “A lot of the core values ​​of life, they do a good job with that. And I made a lot of good friends from the First Tee as well.”

It led her to raising a trophy alongside former world no. 1 Tom Lehman at Pebble Beach, and it sparked a journey that now includes teeing it up Saturday at Augusta National.

“To be able to come here, play Augusta with the top girls in the world … awesome,” Menne said. “It’s just a cool experience.”