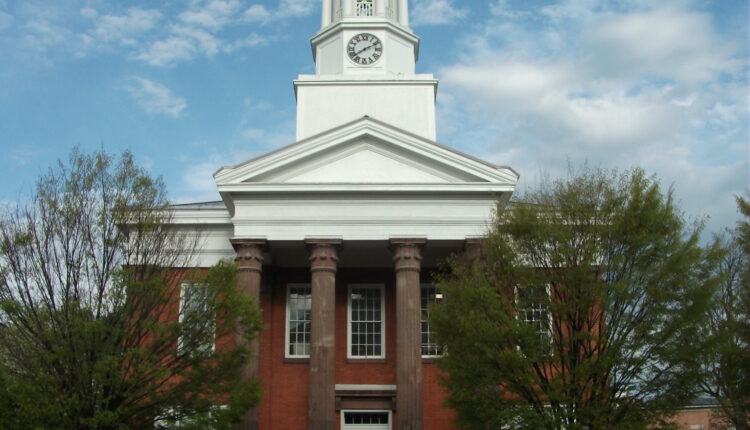 What’s going on in Cumberland County?

Located in Central Pennsylvania just west of Harrisburg, Cumberland County has been dominated by Republicans for most of its existence.

The GOP rules the roost now with 48.7 percent of residents registered as Republicans and 34.9 percent registered as Democrats. Another 12.28 percent are registered as independents with 4.45 percent signed for third parties.

Historically, Cumberland County hasn’t voted for a Democratic Party presidential candidate since going for Lyndon Johnson in 1964. Before 2018, it hadn’t backed a Democratic candidate for governor since siding with Bob Casey in his 1990 campaign.
Barack Obama in 2008 and Joe Biden in 2020 are the lone Democrats to win forty percent of the county’s votes since Johnson’s 1964 win.

However, that’s what makes the results of the gubernatorial race in Cumberland County so interesting. Democrat Josh Shapiro flipped the odds, topping Republican Doug Mastriano 53 percent to 45 percent.

This comes on the heels of incumbent Democrat Tom Wolf winning Cumberland County by a 50-47 margin over Republican Scott Wagner in the 2018 race for governor.

However, Shapiro and Wolf’s victories were sandwiched between crushing victories by Republican Donald Trump in his presidential races.

Cumberland County’s fondness for Shapiro was somewhat surprising as he lost his 2016 and 2020 races for attorney general there, capturing only 39 percent of the vote in 2016 and 42 percent in 2020.

What makes this all so interesting is the fact that Cumberland County is the fastest-growing county in the state. Since 1940, its population has grown by almost 40 percent.

In the 2010s, its population grew by 10.2 percent to 259,469, residents, adding just over 24,000 residents, according to 2020 U.S. Census data. That stands in stark contrast to the state’s overall population growth of 2 percent during the same period.

Created in 1750, the county was filled mostly with farmlands over the years. But that began to change as the county took advantage of its proximity to Interstates 81 and 83 and the Pennsylvania Turnpike to become an industrial and commercial powerhouse.

With the population growth has come affluence and wealth. Its per capita income is $31,627, which makes it the wealthiest Pennsylvania county outside greater Philadelphia, and the fifth wealthiest overall in the state.

As its population has grown, Cumberland County has become increasingly diverse. Over the last decade, the county’s Asian population nearly doubled while the Black population increased by 47.2 percent, and the number of residents of Hispanic or Latino ethnicity grew by 85 percent.

Still, people of Asian descent only make up 5.3 percent of the county’s population, Hispanics, 4.2 percent, and Black people at 4.1 percent.

While most of the county’s residents are white, it’s nonetheless a big shift in an area that once saw very little diversity.

Eichelberger said he’s been a resident long enough to remember a time when the population was “about as white as you can get … and that certainly is not the case now.”

As for jobs, three factories were the main source of blue-collar work in the Carlisle area, and now warehouse and logistics companies are among the county’s largest employers paying living wages.

Several warehouses operate in the county including Allen Distribution, Ames True Temper, Georgia Pacific, and The Giant Company, among others. The federal government is the county’s largest employer, followed by Amazon and The Giant Company, according to the Pennsylvania Department of Labor & Industry’s Center for Workforce Information & Analysis.

Eichelberger said warehouses are driving employment due to the acceleration of e-commerce related to the pandemic. Interestingly, he said a few years ago he heard complaints from Cumberland County residents about not wanting warehouses because they pay substandard wages, whereas now warehouses are setting the pace.

On average, warehouse jobs pay $12.50 per hour and up, with some companies advertising $20 an hour.

So, who will Cumberland County voters support in 2024? And what about all the newcomers to the county? Will they support the Republican Party and its candidates, or will they be more independent in casting their votes? Could Cumberland County support a Democrat for president?

Well, no matter what happens, Cumberland County voters will have a big say in determining the outcome.

Path Cleared for Georgia to Launch Work Requirements for Medicaid