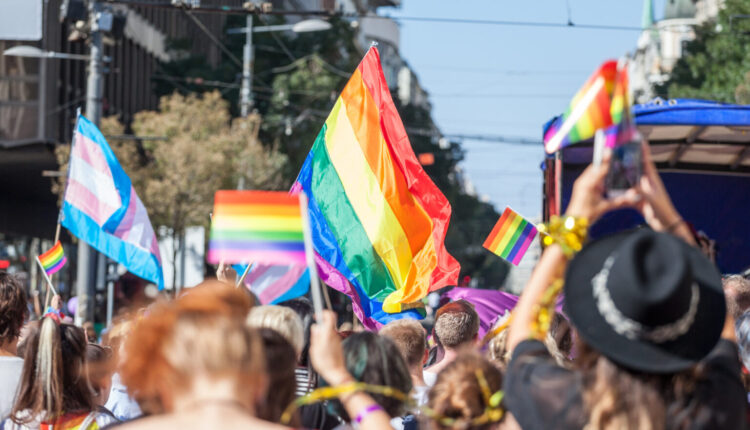 PHILADELPHIA — In 2022, hatred toward the LGBTQ+ community manifested in different ways, from legislation targeting LGBTQ youth, mass shootings at queer nightclubs, and attacks on children’s hospitals that provide gender-affirming care. To that end, the Anti-Defamation League (ADL) which specializes in civil rights law and has roots in fighting antisemitism, has been ramping up its efforts to counter LGBTQ-centric hate.

The ADL Philadelphia team and the national organization’s Center On Extremism, which “monitors, exposes and disrupts extremist threats,” plans to accomplish this by working towards building a diverse coalition in the Philadelphia region for the purpose of addressing hateful attacks against LGBTQ and other marginalized communities. ADL leadership has reached out to William Way LGBT Community Center and the Independence Business Alliance with the goal of strengthening relationships with the local LGBTQ community. ADL offices in other U.S. cities are working toward building similar partnerships.

“Diverse coalitions are really addressing those internal issues between one community and the other,” said Santos Ramos, assistant regional manager of ADL Philadelphia. “[We’re] trying to make sure that all of those conversations happen so that all of the communities understand and stick together when the situations turn. I think every community has to come together because the threat is coming from the same places, which are far right extremist groups like Proud Boys and Patriot Front.

ADL plans to hold a civil rights committee meeting on Jan. 19, 2023 to have representatives from community organizations get acquainted with the ADL and the work of its Center On Extremism. The ADL and potential partners will also have conversations about policy and the work that ADL Philadelphia is doing in Pennsylvania, like continuing to fight for broadened hate crimes legislation.

“The goal is first and foremost to make sure that every potential partner is comfortable with both what we’re doing and how we’re doing it,” Ramos said.

Sarah Moore is the new Anti-LGBTQ+ Extremism Analyst with the ADL and GLAAD, another organization that the ADL recently formed a partnership to help expand its regional efforts. Moore’s role is part of a new, embedded program where staffers from external organizations collaborate with Center On Extremism analysts to help develop leader sharing, monitoring and similar activities.

“We’ve been seeing some really interesting trends in terms of anti-LGBTQ+ extremism and hate,” Moore said. “First and foremost, we’re seeing new manifestations of this decades-old hate in the form of drag show protests, increased online harassment, especially around certain narratives, which falsely imply that the LGBTQ+ community is somehow deviant or perverse through this use of the groomer rhetoric and other tropes.”

The ramifications of those false narratives take place on multiple levels, Ramos pointed out. They happen on large scale, extreme levels like the shooting at Club Q in Colorado, and in smaller, more localized settings like in school board meetings.
“We’ve literally seen [members of] the Proud Boys show up at school board meetings across this country, saying that they have pornography in the libraries, that they’re trying to groom children and the teachers are pedophiles,” Ramos said. “All of that is very much connected.”

These hateful narratives are also becoming more mainstream, Moore said. She added that the Center On Extremism has also seen a bump in grassroots movements of parents who have been advocating against LGBTQ issues in schools.

“It seems like anti-LGBTQ+ extremism and hate is serving as a meeting ground or a common place for extremist parents,” Moore said. “By parents, I mean specifically those that are involved in some of these far-right parent groups that are pushing anti-LGBTQ+ extremist issues. And others — online amplifiers and such — that are finding commonality in this form of hate extremism.”

That ideology that parents spread often seeps into the minds of their kids.

“Children are seeing this rhetoric because their parents are displaying and exhibiting this rhetoric,” Ramos explained. “That’s what we’re unfortunately seeing is hatred being expanded into schools, not by just parents at school board meetings, but by students themselves.”

While many acts of LGBTQ-targeted hate have manifested in different U.S. cities, in Philadelphia one of the main things that the Center on Extremism has been tracking is the unfounded narrative that gender affirming care for trans and nonbinary youth equates to genital mutilation and other types of abuse. In 2022, the Children’s Hospital of Philadelphia and Boston Children’s Hospital received violent threats as a result of that falsity being touted by right-wing conservatives.

Moore also brought up the issue of drag show protests and violent threats that have been taking place throughout cities in the U.S. She and her partners at GLAAD have tracked a few incidents in Philly, including parental backlash at the Greenfield School in response to a Drag Queen Story Time that took place in a first grade classroom.

“A lot of that has ties back to these false allegations of grooming that have been leveraged against the LGBTQ+ community,” Moore said. “That’s been something that I’ve been trying to stress is that these narratives don’t just exist in people’s personal beliefs or in online rhetoric, they’re actually contributing to real world action.”