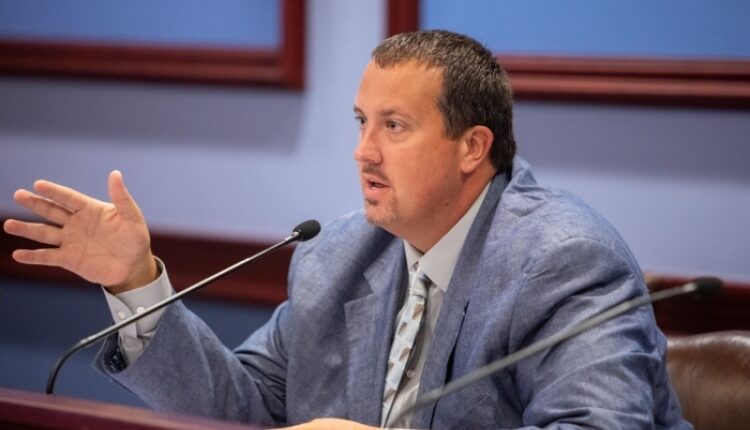 In the wake of a drawn-out primary election cycle that featured a state-mandated recount, a top Republican tasked with overseeing election policy has expressed a desire to begin bipartisan talks on election law changes ahead of the November general election.

House State Government Committee Chairperson Seth Grove, R-York, said last week that he hopes to engage in bipartisan negotiations with Democrats this summer in order to iron out fixes to the state’s chief election law.

Grove previously authored a sweeping election reform proposal that would have required all voters to show ID at the polls, given counties the ability to pre-canvass ballots five days ahead of the election, allowed for early voting beginning in 2025 and required the use of electronic poll books by counties.

The measure would have also stepped up penalties for election-related crimes and proposed creating a bureau to audit all elections in the state under the purview of the state auditor general. Grove’s legislation would have also provided funding for counties to implement many of the changes, but was vetoed by Gov. Tom Wolf, who said the bill was “incurably riddled with unacceptable barriers to voting.”

“This bill is ultimately not about improving access to voting or election security, but about restricting the freedom to vote,” Wolf said in a veto message, adding that it would “undermine faith in government.”

Grove said he hopes to work with Democrats and Republicans to craft new election reform legislation in the coming months. Grove described Pennsylvania’s elections as chaotic. “I don’t think anybody in Pennsylvania is very happy about how things are running,” he said.

But on the surface, it doesn’t appear that Wolf is in any hurry to engage in talks with Grove. Wolf spokesperson Elizabeth Rementer said Wolf supports reforms that “increase access to voting, like early in-person voting, expand use of ballot drop boxes, same-day registration, pre-canvassing, and more.”

Rementer said Grove has “no credibility on election issues,” citing Grove’s signature on a letter that sought to have Congress block the state’s electoral votes in 2020.

“His continued partisan statements, misinformation, and attempts to roll back voting rights that are broadly popular across Pennsylvania are a disgrace. Our election system is secure, and has fail-safes built in to detect and prevent fraud and abuse,” Rementer said. “Republican attempts – such as those spearheaded by Grove – to make it more difficult to vote in the name of security are simply continuations of the 2020 election lies and should be rejected by anyone who cares about the health of our democracy.”

His continued partisan statements, misinformation, and attempts to roll back voting rights that are broadly popular across Pennsylvania are a disgrace.

Following the 2020 election, Pennsylvania was the target of numerous false claims from former President Donald Trump and his allies alleging that the state’s elections were plagued by widespread fraud. Election officials, federal judges and members of Trump’s own administration debunked claims that any widespread voter fraud occurred.

This year’s midterm election cycle includes races for governor and U.S. Senate, with the state’s Republican primary for Senate so close that it triggered an automatic recount. Dr. Mehmet Oz, a celebrity physician and former talk show host, beat out hedge fund CEO Dave McCormick by less than 1,000 votes in that race, setting Oz up for a general election matchup with Lt. Gov. John Fetterman, the Democratic Party’s nominee.

Attorney General Josh Shapiro and Republican state Sen. Doug Mastriano will also face off for the governor’s office in November after both candidates handedly won their respective primaries in May. All state House seats and half of state Senate seats will also be up for grabs in November.

These are the reproductive health bills currently before Pa.’s General Assembly

COVID in Black and white: A Juneteenth reflection | Opinion