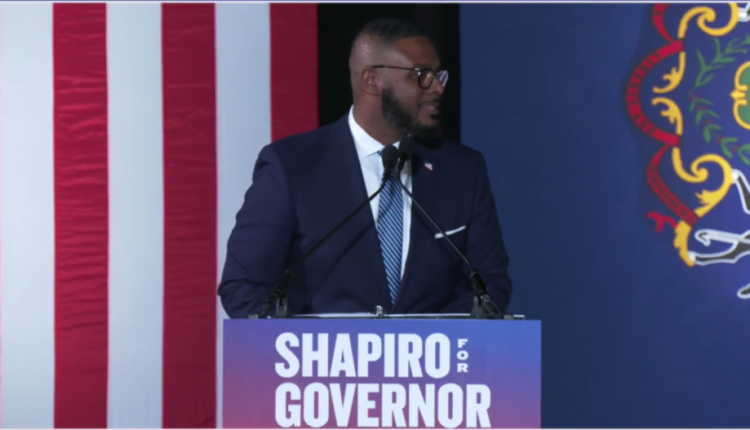 An Election Day win: A Legislature that looks more and more like all the people it serves | Opinion

Political victories are seldom, if ever, about the candidates alone. It takes a team to create a campaign, and it takes a lot more than that to deliver a win.

On swearing-in day, the Pennsylvania state Legislature will be its most diverse in history. This week’s election added seven elected officials of color: four Black, two Asian Americans, and one Latino.

State Rep. Summer Lee is heading to Washington, as Pennsylvanians voted to send a Black woman to represent Pennsylvania in Congress for the first time. Lieutenant Gov.-elect Austin Davis will be the first Black man in Pennsylvania history to hold the 2nd highest office in the Commonwealth. And lastly, pending official election results, current minority leader, State Rep. Joanna McClinton could become the first woman Speaker of the House – of any race.

When we talk about having a representative democracy, this moment is when that ideal comes to fruition, and with more work to do. Pennsylvania voters rejected candidates who ran on abortion bans, attacks on voting rights, hateful division, empty promises about crime and inflation, and fear-mongering about identity.

The voters decided and gave way to groundbreaking wins for newly elected leaders of color and LGBTQI candidates. This is what our movement building looks like, and organizing works.

It took serious coordination, energy, and dedication for Pennsylvania’s progressive ecosystem to knock on 5,310,000 doors. Between phone calls, text messages, and door knocks, our movement contacted more than 1.2 million voters.

In an era of high-paced digital communication, we took it old school, on foot, canvassing often overlooked neighborhoods and talking to people about the issues that matter to them to ensure voters had the information and civic engagement they needed to make the choices they want.

Oftentimes, the people doing this work are teams of professionalized organizers, coordinating their members, staff and volunteers in unison.

Mobilizing millions of people to the polls isn’t done by political insiders. The work gets done because teachers, parents, students, clergy, union members, and neighbors get involved.

It is the organizers who lead them. People who moved across state lines or oceans to make Pennsylvania their home do this work shoulder-to-shoulder with people born and raised in the Commonwealth. Together we hold a shared vision. We are working towards a  Pennsylvania where everyone has what they need to thrive – not just survive.

Pennsylvania remains a focal point every election cycle, and we are continuously told that the stakes have never been higher. This is true because we are always fighting to create a system that works for the many.

This perennial truth was underscored, yet again, by the attempts made to undermine voting rights, especially in youth communities and communities of color across Pennsylvania.

Among our network of organizations partnering to mobilize voters, 20 out of 27 partners focused on centering these communities. This year, we set out to empower new voters, especially in historically disenfranchised communities where attacks on voting rights have been most targeted.

We will continue to work alongside people in communities that have been oppressed and had their votes suppressed. We will do everything we can to ensure people have the information and tools they need to exercise their franchise and freedoms. Democracy is about the people.

As organizers and voters, we’re motivated knowing that it is up to us. We heard the clarion call to maintain the human right to personal bodily autonomy.

People must be able to choose whether to have children, not have children and parent the children we have in safe and sustainable communities. Voters made their voices heard at the polls in every state where abortion rights were directly on the ballot, and they voted to elect candidates who promised to uphold this right. Organizers changed the outcomes of these races.

In every election season, we hear about the “rural-urban divide.” The organizing work that is crucial to moving the needle on issues people care about, like access to abortion, clean air and water, equitably funded public education, and economic justice, are important in rural, urban, and suburban Pennsylvania alike.

The public goods that are supposed to work for everyone, like our schools, hospitals, and infrastructure, are meant to be funded fairly across society so that hard-working people, who pay their taxes get the support they need to get their needs met.

From Philadelphia to Lancaster to Braddock, we’re not just looking for a seat at the table, we are building a bigger, more inclusive table.

We are building a Pennsylvania that is for all of us, and for the first time in a long time, we have a state Legislature that is becoming more reflective of the people who call Pennsylvania home.

Congratulations to all the voters and organizers of Pennsylvania. You understood the assignment.