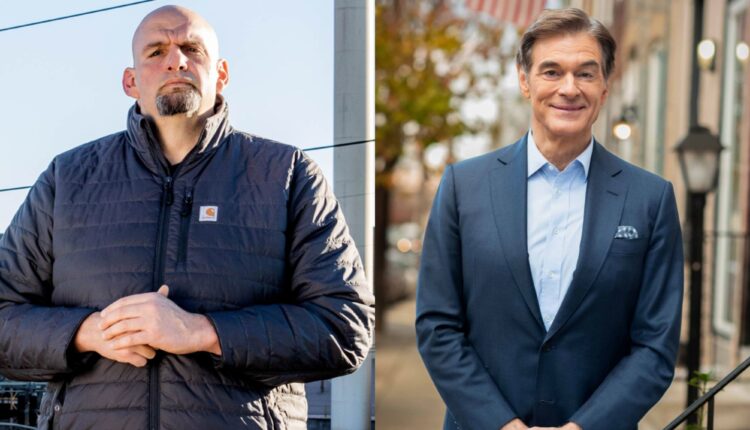 Amid GOP accusations of hiding, Fetterman to make a campaign trail return

Since suffering a stroke and undergoing a surgical procedure to implant a pacemaker with a defibrillator in May, Lt. Gov. John Fetterman — the Democratic nominee for U.S. Senate in Pennsylvania — will return to the campaign trail this week.

Fetterman, 52, is expected to make his first major appearance at a fundraiser with the Democratic Jewish Outreach in Philadelphia on Thursday night, a campaign spokesperson told the Capital-Star.

“John is feeling really well and doing well,” Joe Calvello, the campaign’s communications director, said. “He is ready to flip this seat blue. And he is putting in the work to do so. He is so thankful for the people of Pennsylvania who have been so supportive.”

Earlier this month, Fetterman made a surprise appearance at a campaign office training event and dropped in on volunteer Zoom calls, telling supporters he was “almost at 100 percent.” But he has largely been absent from the campaign trail since the May 13 stroke, fueling attacks from Mehmet Oz, his Republican opponent in the November election.

“John Fetterman has been hiding from voters for the last few months,” Oz said during a Monday night interview on Fox News. “He, last week, said he was fine. I haven’t heard from him since.”

The race to fill the seat currently held by retiring GOP U.S. Sen. Pat Toomey, which could determine which party controls the upper chamber, is one of the most widely-watched and expensive races nationwide.

Despite being physically absent from public events and political fundraisers, Fetterman has made himself a presence in Pennsylvania with a series of television advertisements and social media posts.

The former mayor of Braddock has taken to social media — including a Cameo from Jersey Shore reality television personality Nicole “Snooki” LaValle — to call out his opponent, who is a long-time New Jersey resident. The campaign also paid for a plane to fly over New Jersey beaches with a message that said: “HEY DR. OZ, WELCOME HOME TO NJ! ♥ JOHN.”

The celebrity heart surgeon, who has dismissed Fetterman’s posts as “snarky,” has fired back against his Democratic opponent with campaign videos posted to social media.

“I’m glad Fetterman’s healthy, so we can worry less about his heart and his hoodie and more about the crazy leftist ideas in his head,” Oz said in a 60-minute video released last week.

This week, Oz shared a “tracker” on social media to tally days Fetterman has not been on the campaign trail.

The National Republican Senatorial Committee has fueled claims that Fetterman is hiding after the stroke, creating a fake missing person poster online with a picture of his face under the words: “Have You Seen This Person?”

Oz, who was endorsed by former President Donald Trump in the primary, has faced carpetbagger accusations since launching his campaign. He registered to vote in Pennsylvania in 2020, using his in-laws’ Montgomery County address, where his campaign says he currently lives. However, social media posts and a campaign video still show Oz spending time at his mansion in Cliffside Park, New Jersey.

As the social media feud continues, Oz has blamed inflation on President Joe Biden and Democratic policy, saying Fetterman will only make problems worse if elected to the U.S. Senate. He’s also dismissed Fetterman’s campaign fundraising, which shows Fetterman with roughly five times more cash on hand — $5.5 million to $1.1 million — than Oz, according to financial reports from last week.

On Monday, Oz told Fox News host Laura Ingraham that he “doesn’t have to raise as much money as Fetterman because I’m a better candidate.”

After Fetterman’s stroke, U.S. Sen. Bob Casey, D-Pa., and Pennsylvania Democratic Party Chairperson Nancy Patton Mills told reporters they aren’t concerned that his health will be an issue for voters or on the campaign trail.

“I think most families know that people have health challenges all the time, and they need to have some time to recover from that,” Casey said. “And they get back on their feet, and they go back to work. That’s what John Fetterman’s going to do.”

Watch: Why the Public Health System Is Having Trouble Containing Monkeypox