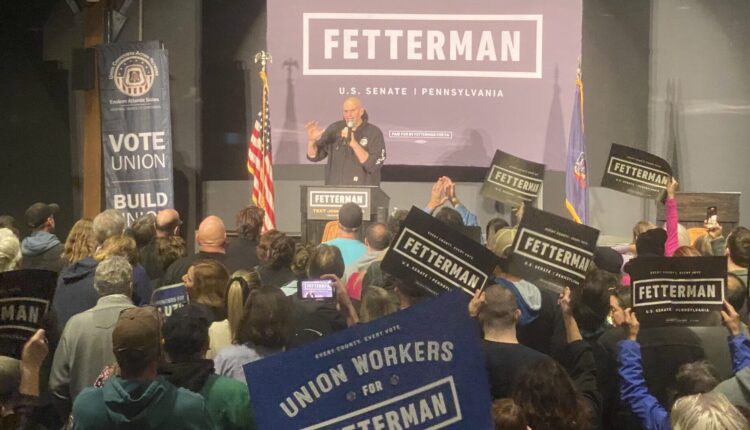 Those of us who love America for its traditional democratic values are exhaling sighs of relief, because – lo and behold – it turns out that the midterm elections’ purported “red wave” turned out to be somewhere between a ripple and a trickle.

We won’t have full clarity for a few days or even weeks – control of the House and Senate currently hang in the balance – but what we do know, beyond all reasonable doubt, is that the MAGA cult failed to sate its goose-stepping ambitions. Even if Republicans eke out a House majority, there’s no way they can claim a mandate for their destructive instincts.

In the words of right-wing apparatchik Mark Thiessen, whining on Fox News, “This is an absolute disaster for the Republican party.”

The conventional wisdom on midterm eve – with inflation at eight percent and President Biden burdened with a popularity rating around 42 percent – was that the Republicans would sweep into power, picking up at least three Senate seats and dozens in the House. Those forecasts didn’t seem preposterous; after all, an incumbent president’s party traditionally suffers big time in his first midterm. Bill Clinton lost 54 House seats in 1994, and Barack Obama lost 63 in 2010.

But it’s already clear that Joe Biden will enjoy the best midterm of any Democratic incumbent since at least 1978 – for several key reasons: the Democratic base (especially the overwhelmingly blue 18-to-29 year olds) showed up in robust numbers and swing-voting independents (who often break heavily for Republicans in midterm elections) narrowly favored Democratic candidates this time around – apparently because Trump-endorsed candidates turned them off.

Oh, did I mention that 58 to 60 percent of voters (according to the exit polls) said they don’t like Donald Trump? And that lots of conservatives are blaming Trump for the red trickle? And that the one guy Trump viciously attacked on midterm eve, Florida Gov. Ron DeSantis, won in a landslide? I hope they’re locking up the ketchup bottles at Mar-a-Lago.

Trump’s favorite celebrity, Mehmet Oz, lost the Pennsylvania Senate race to John Fetterman. We should talk about that first, because by flipping the seat blue, Democrats have enhanced prospects of holding the Senate.

Oz was a quack doc and a carpetbagger (the joke on election night was that he awaited a surge of late votes from New Jersey), but what clearly hurt him most was his anti-abortion stance, as articulated during his debate with Fetterman when he said that abortion should be a decision between a woman, her doctor, and “local political leaders.” Women voters favored Fetterman over Oz by 15 percentage points. Checkmate.

It’s also clear, nationally, that the high court’s erasure of Roe v. Wade buoyed the Democrats. In the exit polls, a plurality of 39 percent said they were “angry” about the criminalization of abortion. Of those folks, 85 percent voted blue.

How refreshing it was that a gentleman of the Jewish persuasion defeated an abettor of fascism. And speaking of gubernatorial races, Democratic incumbents won in Michigan and Wisconsin, which ensures that Trump supporters will have a tough time rigging those key states in the 2024 presidential election. The guardrails of democracy have indeed been strengthened.

Other Trump-endorsed candidates are flaming out or fighting for breath. Blake Masters is likely going down in the Arizona Senate race; Dan Bolduc flopped in the New Hampshire Senate race; Hershel Walker, arguably the biggest blockhead on Trump’s MAGA roster, finished second in the Georgia Senate race, which will head to a December runoff.

All told, as right-wing pundit Erick Erickson points out, Trump “saddled the GOP with a lot of clunker candidates.”

Nevertheless, Trump has it all figured out. He actually said this, while the voting was underway: “I think if they (his endorsees) win, I should get all the credit. If they lose, I should not be blamed at all.”

Whatever. But since the midterms are finally over, now can we get this guy indicted?

The post America’s post-midterm forecast is sunnier than we dared to dream | Dick Polman appeared first on .