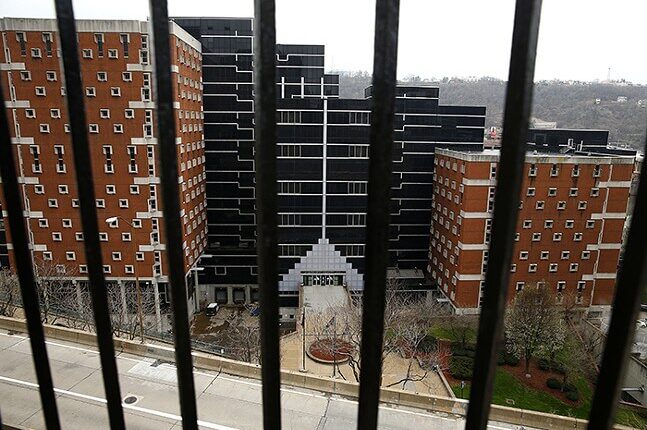 PITTSBURGH — A year after he was found unresponsive in the Allegheny County Jail, Martin Bucek’s ex-wife, Dolly Bucek, filed a civil rights lawsuit against the county in federal court.

The lawsuit, filed June 28, says Martin Bucek, 55, killed himself inside the jail on July 3, 2021, and that the jail failed to prevent his suicide. Martin Bucek had a documented history of suicidal attempts and serious mental illness, according to the complaint.

Of the 14 men who have died after entering the Allegheny County Jail since the onset of the COVID-19 pandemic, this is the first death that has resulted in a civil lawsuit.

The Pittsburgh Institute for Nonprofit Journalism learned of Martin Bucek’s collapse inside the Allegheny County Jail from incarcerated persons last year when they reported that Martin Bucek was found unresponsive with food lodged in his throat. At the time, his ex-wife, Dolly Bucek called for an investigation into her husband’s death.

According to the complaint filed in the case, Martin Bucek suffered from schizoaffective disorder and generalized anxiety disorder and had a history of suicidal tendencies.

Crowdsourced Data on Overdoses Pinpoints Where to Help