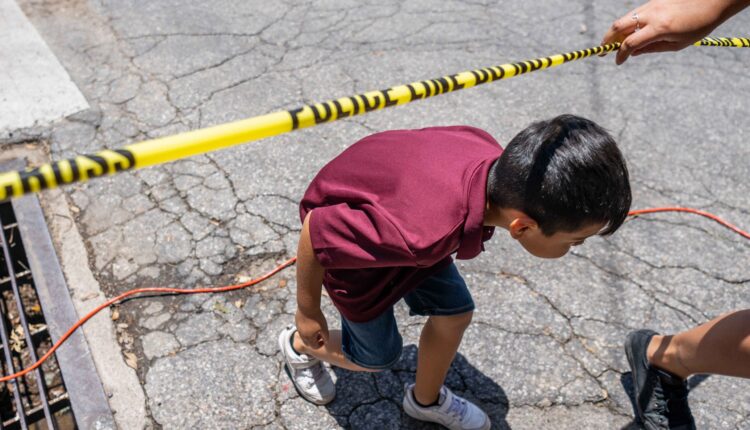 The state agencies that advocate on behalf of the commonwealth’s women, non-white and LGBTQ residents have issued a joint statement calling for legislative authorization of “meaningful” gun violence reduction that will prevent future tragedies.

The statement by the Pennsylvania Commissions for Women, African American, Latino, LGBTQ+, and Asian Pacific American Affairs comes as the state and nation are still reeling from Tuesday’s massacre at Robb Elementary School in Uvalde, Texas, as well as a shooting at a Taiwanese church in California and at a Buffalo grocery store.

“Tragedies such as what took place at Robb Elementary School cause anxiety and fear for families who just want to protect their children while they receive an education,” Dr. Damary Bonilla-Rodriguez, who serves as chairperson of the Education Committee of the Governor’s Advisory Commission on Latino Affairs, said in the statement.

“As a nation, we must continue dialogue and take immediate action to address the underlying causes leading to repeated mass shootings, especially in our schools,” Bonilla-Rodriguez continued, adding, “Our children deserve better.”

The statement comes amid a week as the Democratic administration and its legislative allies put a spotlight on such long-stalled gun violence reduction measures as requiring people to report lost and stolen weapons to law enforcement and extreme risk protection orders, or ‘red flag laws,’ that have been shown to reduce the risk of suicide by firearm.

UVALDE, TEXAS – MAY 25: A law enforcement officer walks away from the Robb Elementary School sign on May 25, 2022 in Uvalde, Texas. According to reports, during the mass shooting, 19 students and 2 adults were killed, with the gunman, identified as 18 year old Salvador Ramos, fatally shot by law enforcement. (Photo by Brandon Bell/Getty Images)

While the shootings, first in California, then Buffalo, and now in Uvalde, have commanded public attention, advocates have been quick to stress this week that such incidents of violence are all too common in cities and towns across Pennsylvania.

“I cannot even begin to process this week’s tragic school shooting in Uvalde, Texas. My heart mourns for the families,” LaDeshia Maxwell, the executive director of the Governor’s Advisory Commission on African American Affairs, said. “We are still mourning the loss of 10 Black people in the horrific mass shooting in Buffalo, N.Y., so we are all feeling a bit overwhelmed by the violence in this country.”

And when she “heard about the loss of 19 children and two schoolteachers in Texas, it felt, and still feels, like we cannot process one tragedy before the next happens,” Maxwell said.

Across the executive branch commissions, officials said they’re committed to doing their part to being a part of the solution to the epidemic of gun violence.

“Three mass shootings in nine days – including Irvine Taiwanese Presbyterian church in southern California – it must be stopped. We share all the pain, grief and anger with the families of children and adults who were killed and injured. We hope all of us will commit enough to fight against the gun violence and to not let this happen again,” Stephanie Sun, the executive director of the Governor’s Commission on Asian Pacific American Affairs, said. 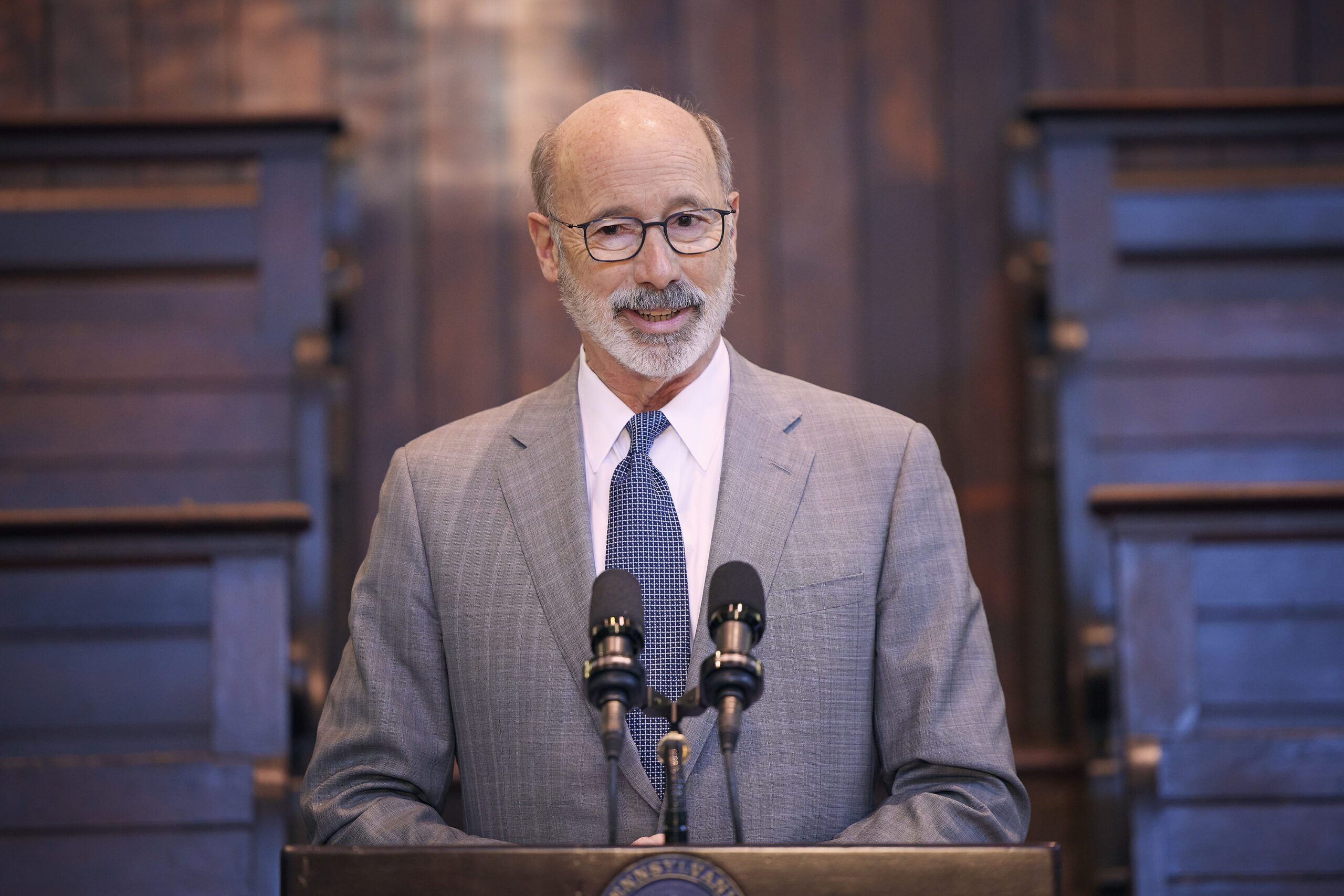 In a strongly worded statement issued Wednesday, Gov. Tom Wolf called on the Republican-controlled General Assembly to vote on the bills — though the prospect of legislative action seems remote, given the GOP’s years-long refusal to act such proposals.

“I wish I could say the same of our Republican-led legislature, which seems more focused on pushing dangerous bills that would loosen restrictions and put Pennsylvanians at risk,” Wolf said. “I urge Pennsylvanians to join me in calling for our lawmakers at the state and federal levels to take meaningful steps to end gun violence.”

On Thursday, the commission heads echoed that sentiment.

“As a person who has experienced gun violence the trauma and pain is something you never forget; the sounds of gunfire will likely forever provoke deep feelings of terror and hurt. These tragedies continue to happen while our leaders do little to change the conditions that lead to mass shootings – access to high powered guns,” Rafael Alvarez-Febo, the executive director of the Governor’s Advisory Commission on LGBTQ+ Affairs, said.

“Over the last year we have seen legislators across the country swoop in to enact politically motivated legislation to ‘protect children’ when in fact the epidemic of gun violence is indeed what our children need protecting from,” Alvarez-Febo said. 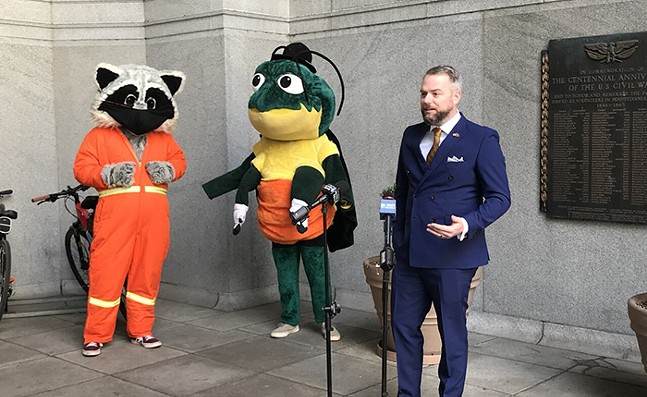 Our Stuff.
At one time, Pennsylvania’s recycling program led the nation. And as they gathered in Pittsburgh this week, a coalition of advocates and elected officials said they want the state to reclaim the title. The details from our partners at Pittsburgh City Paper.

Pennsylvania’s top election official announced this week that the Republican U.S. Senate primary race is in for a recount. Staff Reporter Marley Parish has what you need to know about the process.

Correspondent Lauren Manelius talked to Lancaster County’s incumbent lawmakers — and one aspirant — about what steps they believe the Legislature should take to combat gun violence.

On our Commentary Page this morning: Robert Reich explains what’s really driving the GOP’s culture war. And in a piece first published by our friends at the Pittsburgh Institute for Nonprofit Journalism, two Pittsburgh attorneys say Allegheny County District Stephen Zappala’s decision to seek the death penalty in recent cases is a waste of the taxpayers’ time and money. 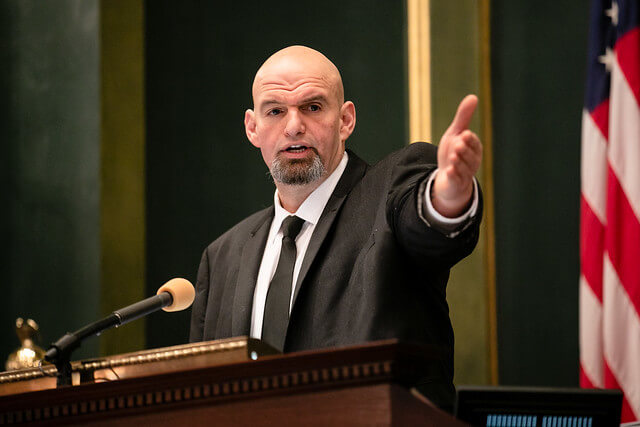 Elsewhere.
Lt. Gov. John Fetterman got a defibrillator after his stroke earlier this month, but physicians are raising questions about the campaign’s story, the Inquirer reports.

Republicans and industry groups are raising questions about the first rewrite of the state’s environmental justice rules in nearly 20 years, the Post-Gazette reports.

Lehigh County is among the first counties in the state to begin recounting ballots in the Republican U.S. Senate race, the Associated Press reports (via the Morning Call).

In a trip to Erie, Gov. Tom Wolf called for the passage of gun safety legislation, GoErie reports.

WolfWatch
Gov. Tom Wolf heads to Philadelphia this morning, for a 12 p.m. rally against gun violence, sponsored by CeaseFirePA.

Heavy Rotation
Andy “Fletch” Fletcher, a founding member of English electronic legends Depeche Mode, has died at the entirely too young age of 60. The news became public on Thursday. Here’s, arguably, if not their best, then their best-known song, the haunting and beautiful ‘Enjoy the Silence.’

Friday’s Gratuitous Hockey Link
The Carolina Hurricanes beat the New York Rangers 3-1 on Thursday night, taking a 3-2 series lead. And the Edmonton Oilers eliminated the Calgary Flames with a 5-4 win in overtime, advancing to the NHL’s Western Conference final.

Will Pennsylvania vote for a Harvard grad with a working-class image?