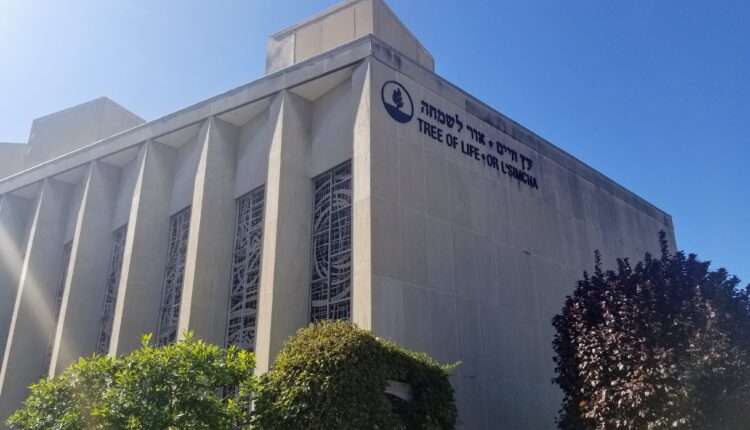 In the case of Doug Mastriano, Everytown for Gun Safety is highlighting the Republican gubernatorial nominee’s use of the alt-right social media platform Gab, known for its virulently anti-Semitic content, and its ties to the man accused of killing 11 people at Pittsburgh’s Tree of Life synagogue nearly four years ago.

“The shooter posted his manifesto on Gab, a site for extremists who promote violence, white supremacy, and anti-semitism,” the 30-second ad says.

“Doug Mastriano paid thousands to the same site to recruit supporters,” it says, in a reference to the $5,000 Mastriano’s campaign paid the company for consulting services.

The spot also makes a reference to Mastriano’s comparison of gun safety laws to Nazi Germany during his 2018 congressional campaign that were reported by The Forward, a Jewish news website.

“In Pittsburgh and across the commonwealth, Pennsylvanians remember all too well what happened four years ago when someone filled with anti-Semitic hate got their hands on a gun,” John Feinblatt, president of Everytown for Gun Safety, said.

“The fact that Doug Mastriano is looking for support from the same online forum where the Tree of Life shooter posted his screed tells Pennsylvanians all they need to know about Mastriano’s extreme, dangerous agenda,” Feinblatt said.

Everytown also released an ad critical of Republican U.S. Senate nominee Dr. Mehmet Oz for positions that it said would make it easier for domestic abusers to get guns and for opposing universal background checks for gun purchases.

Everytown accompanied its statement with a poll showing the power of gun safety among Pennsylvania voters. Among registered voters, 86 percent said a candidate’s position on gun violence prevention matters in their choice of candidates.

Similar percentages said they support red flag laws to remove access to guns for people likely to harm themselves or others and support the Bipartisan Safer Communities Act, the first significant federal gun safety law in decades.  And 95 percent said they believe a background check should be conducted for every gun purchase.

Mastriano’s payment to Gab and a subsequent campaign contribution from Gab founder and CEO Andrew Torba have been the subjects of sharp rebukes, and of calls for Mastriano to renounce his affiliation with the site by Jewish groups and LGBTQ, Black and Hispanic leaders.

Mastriano’s profile is no longer on the site. And he released a statement distancing himself from the site’s bigoted content, and saying that Torba does not speak for his campaign.

Coming about two weeks before the fourth anniversary of the Tree of Life shooting on Oct. 27, the ad is not the first to use Mastriano’s decision to use Gab to court supporters to make his far right position clear to voters.

Galen Reed, co-founder of the conservative pro-democracy group, The Lincoln Project, said the Tree of Life Shooting, the worst in Pennsylvania’s recent memory, resonates with voters.

The Lincoln Project spent about $250,000 last month to air a television spot that drew a direct line between the hatred on Gab and Mastriano, asserting the he paid for followers on the site knowing exactly who uses it.

“They’re not just klansmen, racists and crazies,” the ad says. “They’re his base.”

The ad performed far above average with more than 90 percent of digital viewers watching the entire 30-seconds and The Lincoln Project also aired a radio version. Online, the ad was targeted at “soft Republicans,” Reed said.

Reed said The Lincoln Project chose to get involved in the Pennsylvania governor’s race after assessing which midterm elections held the greatest importance to the future of democracy in the United States. With Mastriano’s nomination in May, following his campaign statements that he could decertify every voting machine in the state and the governor’s power to appoint the secretary of state, Pennsylvania topped the list, Reed said.

As Giant Hospitals Get Bigger, An Independent Doctor Feels the Pinch

KHN’s ‘What the Health?’: Finally Fixing the ‘Family Glitch’