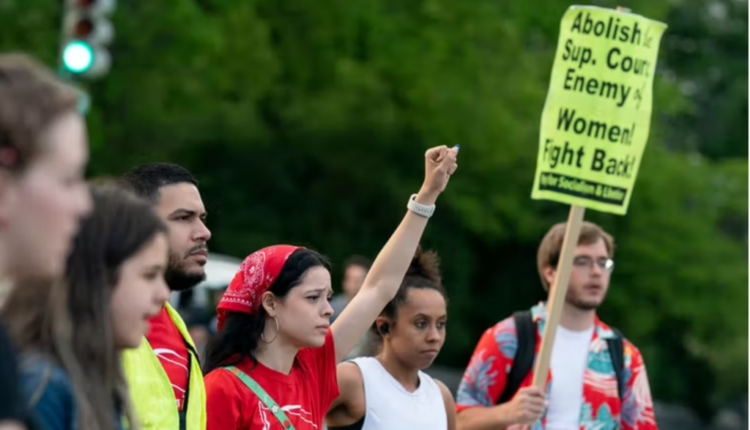 Abortion, other hot issues could get young voters to the polls in November | Analysis

The U.S. Supreme Court’s decision to overturn the constitutional right to abortion has far-reaching personal and political implications and may help decide the midterm elections in November 2022.

That influence extends to young people’s election participation. People ages 18 to 29 have historically been less likely to vote than older adults. But in recent years, they have been spurred to organize and vote by major national controversies, like school shootings and police violence against Black people.

As a researcher with more than 20 years of experience tracking youth voting and examining young people’s political views and engagement, I believe that the fight over abortion rights now taking place in states has strong potential to motivate and mobilize young voters on both sides of the issue – and that their participation could be decisive in key races around the country.

Voters cast their ballots at Santa Monica College in September 2021 to vote on whether California Gov. Gavin Newsom should remain in office (Al Seib/Los Angeles Times via Getty Images).

About 62% of Americans support abortion’s being legal in all or most cases, according to Pew Research polling from July 2022. But that view is even more widely held among people ages 18 to 29 – 70% of people in that age group support legal abortion.

Young people are also the most likely age group to disapprove of the Supreme Court’s decision to overturn the constitutional right to an abortion. Sixty-nine percent of young people disapprove of the ruling, compared with 60% of adults ages 30 to 49 and half of Americans older than 49.

Women and people of color across all age groups – especially Black and Asian Americans – are also more likely than men and white people to disapprove of the Supreme Court’s ruling. 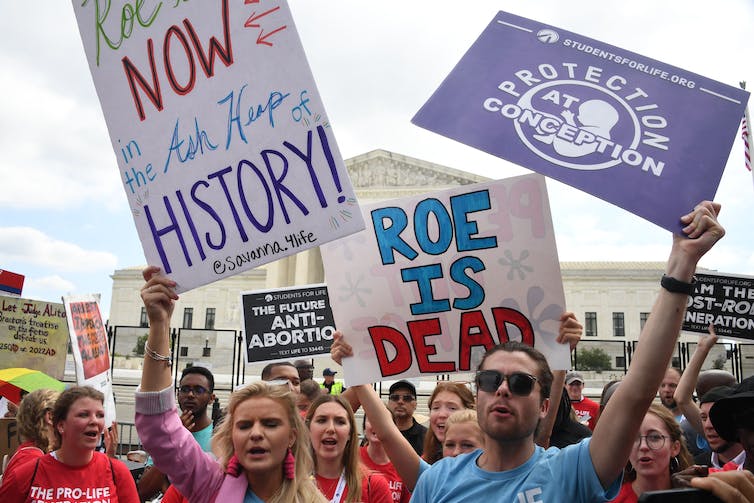 For some young people, political engagement goes beyond abortion, as a spring 2022 Harvard poll found that about half of young people think the country is on the wrong track.

And 41% of 18-to-29-year-olds surveyed in another poll say the Dobbs decision makes them more likely to vote in the midterms. In the Pew Research survey mentioned above, over two-thirds of those under 30 reported at least somewhat disapproving of the court decision.

Other surveys suggest that specific policies and laws to protect abortion access are top priorities to young voters.

When young people want action on issues they care about, like abortion, they can feel motivated to push political leaders. Their disappointment or disillusionment with particular politicians does not necessarily mean they’re disillusioned about their own political power. On the other hand, those who oppose abortion rights may now harbor positive feelings about politics: 19% of young people in the CBS/YouGov survey said they felt “happy” about the recent decision.

In 2018, my survey of young people before that year’s midterm election found that feeling more disappointed or cynical about politics actually led to a higher, not lower, likelihood to vote.

According to my estimates, the percentage of young people who voted more than doubled from the 2014 midterm election to the 2018 midterms – rising from 13% to 28%. My research group’s analyses suggest multiple reasons for this jump, including many groups’ starting voter registration much earlier in the year, and the youth-led activism after the Parkland school shooting.

In 2020 a similar dynamic played out nationally following the murder of George Floyd, who was killed by police officers in Minneapolis. In a CIRCLE pre-election survey, young people ranked racism as the second-biggest issue that would influence their vote for president, just behind the environment and climate change. About 50% of youths voted during the 2020 election, compared with 39% of young people who did so in 2016. 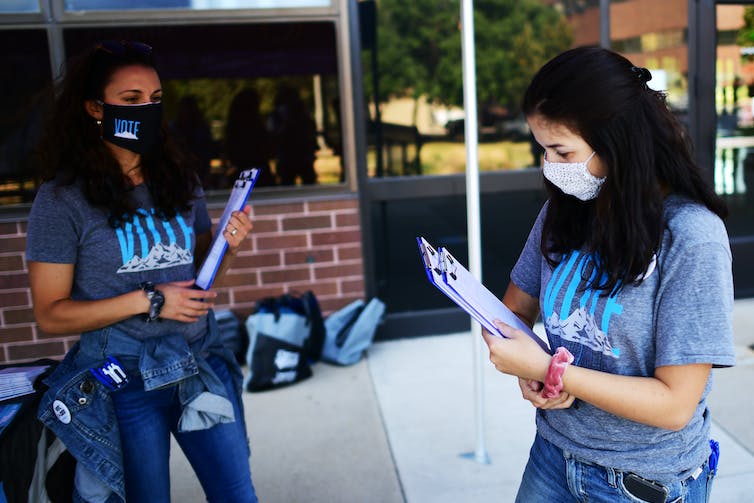 The youth vote can decisively shape election results at every level. In 2020, for example, young people cast hundreds of thousands of votes in key battleground states like Arizona, Pennsylvania and Georgia, helping President Joe Biden win all three states and Democratic senators win in Arizona and Georgia.

Now that states are deciding on their own abortion laws, young voters’ ballots in gubernatorial and other state and local races may be especially critical in such places as Pennsylvania and Georgia, where new abortion restrictions are a possibility depending on election results.

The potential for impact is there – not just for the majority of young people who support abortion, but for the significant minority who oppose it – 32% of people ages 18 to 29 in the CBS/YouGov poll said they approve of the Supreme Court’s decision on abortion.

Nevada, Maryland and Maine rank among the top 10 states where young people could decide governor races, according to my research. All three states have abortion protections in place, which could motivate young people to vote for candidates who share their position on abortion, whether for or against abortion rights.

Abby Kiesa is the deputy director at CIRCLE at Tufts University. She wrote this piece for The Conversation, where it first appeared.

The 2022 midterms are a very big deal: Help us cover them | Monday Morning Coffee