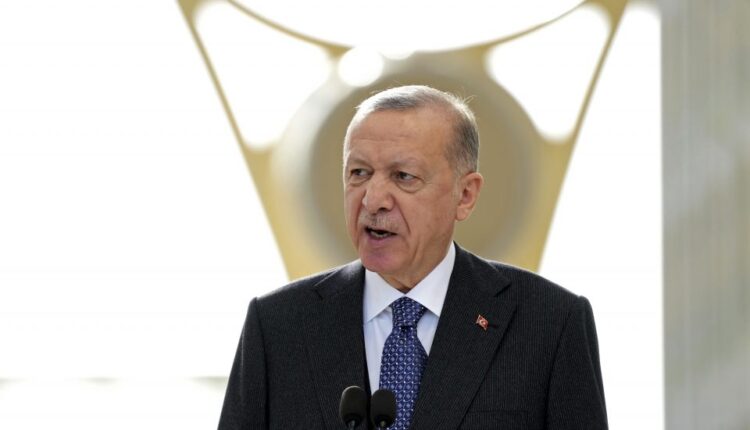 A Tangled Web for Turkey in Russia’s War With Ukraine

As Russia’s war in Ukraine enters its second week, Turkey finds itself in an unenviable position, entangled geographically, economically, politically, and militarily with the war’s protagonists. Amid a zero-sum conflict for both sides, the choices Ankara makes now will anger or disappoint one or the other – a calculus that will only become more complicated as the conflict drags on.

For President Recep Tayyip Erdogan, the challenges start with the fact that Turkey belongs to the NATO alliance, which Russian President Vladimir Putin cited as a key reason to initiate military operations. While explicitly refusing to intervene directly, NATO has nevertheless mobilized its considerable political power to display a united front against Russia.

Turkey is being pulled in three different directions: Toward Russia, Ukraine, and the Western-led NATO consensus. The latter is particularly fraught, especially because of Turkey’s recent purchase of sophisticated Russian anti-aircraft S-400 missiles and Erdogan’s descent into authoritarianism.

Turkey’s economic ties to Ukraine and Russia are also extensive. It imports almost 45 percent of its natural gas needs from Russia and 70 percent of its wheat (while Ukraine supplies another 15 percent of the grain). Equally important, Turkey is a top summer destination for Russian and Ukrainian tourists, with 5 million visiting annually. Already faced with a balance of payments crisis, the collapse of Turkey’s summer travel season could have severe repercussions for its economy.

Meanwhile, Turkey had been selling drones to Ukraine – much to the displeasure of Moscow – which have proven effective on numerous battlefields, including the current one. Kyiv even announced on Wednesday that it had just received a new shipment. The drones are a source of pride among Turks and proof of Turkish electronic sophistication. But by continuing to export them to Ukraine, Turkey will only further aggravate Russia.

There are other areas where Turkey and Russia are either at odds, or where Ankara is dependent on Moscow’s goodwill to achieve its strategic goals. Syria is the most problematic. There, Russia has been supporting Bashar Al Assad, who remains in power because of Russian intervention, while Turkey had been supporting the opposition. Still, the Kremlin has permitted a degree of freedom to Turkish operations against Syrian Kurds, whom Ankara accuses of being allies with their own Kurdish insurrectionists. For the Turks who have already invaded sections of traditional Syrian Kurdish territory, preventing the emergence of any Kurdish political entity in northern Syria is a strategic imperative.

Geography is another challenge. As per the 1936 Montreux Convention, Turkey governs the Bosporus and Dardanelles Straits into the Black Sea, a point of contention for both Ukraine and Russia, which are Black Sea powers. Turkey to date has administered the convention ably and fairly; it would have preferred to be kept out of this conflict. Ukrainian President Volodymyr Zelensky, however, asked the Turks to invoke the “war” clauses of the convention, thereby preventing the transit of warships. Turkey complied on February 27, calling Russia’s incursion of Ukraine a “war” and vowing to close the Straits to Russian vessels.

Zelensky’s plea was more political – getting Turkey to take a position – than strategic. Now, the straits are closed to warships from all other nations, including NATO members. An unintended consequence may be that future relief supplies to Ukraine will not be escorted by allied navies.

At the very beginning, Erdogan was more critical of NATO, suggesting that its response had not been robust enough. And yet, he also made it clear that he did not want to turn his back on either Russia or Ukraine. His solution: To offer himself as a possible intermediary. Erdogan tried not to antagonize Putin by abstaining on the European Council vote suspending Russia, but when faced with criticism, he co-sponsored a UN General Assembly resolution condemning Russia’s attack.

Turkey has already said that it would not follow the West and apply draconian sanctions against Russia. There are two reasons why. The first is political. Years of anti-Western discourse from Erdogan and his state-controlled media have fostered an inhospitable atmosphere for Western, and especially American, policies. Many in Turkey believe that Putin was tricked into invading Ukraine so that NATO could deliver a decisive blow to Moscow. Hence, taking a strong stand against Moscow could stir up domestic opposition (even if the destruction and occupation of Ukraine would intensify outside pressure on Ankara even further).

The second and more substantial reason is related to the economic implications of sanctions on a Turkish economy already suffering from diminished central bank reserves, a fragile currency, and high inflation. With its dependence on Russia for wheat, fuel, and tourists, Erdogan has no room to maneuver and no ability to influence future events. This also makes Turkey an unlikely mediator in the conflict. The Russians have too many ways to apply pressure to Erdogan in a way that the Ukrainians do not.

The best Erdogan can do is prepare for possible shortages. Among the few options he has is to accelerate rapprochement with the Middle East, and especially with hydrocarbon exporters, in the event he must make up for lost Russian imports.

In the long run, what if the Ukraine crisis becomes a protracted insurgency supported by NATO countries? Then all bets are off: The economic issues will be aggravated by potential military ones. The longer this war goes on, the greater the likelihood Ankara will have no other option but to strengthen its ties with its NATO partners.

Henri J. Barkey is the Cohen Professor of International Relations at Lehigh University in Bethlehem, Pennsylvania, and an adjunct senior fellow for Middle East studies at the Council of Foreign Relations. This article was published in arrangement with Syndication Bureau.

The stakes couldn’t be higher in Ukraine. Here’s why and what to do next | John Nagl