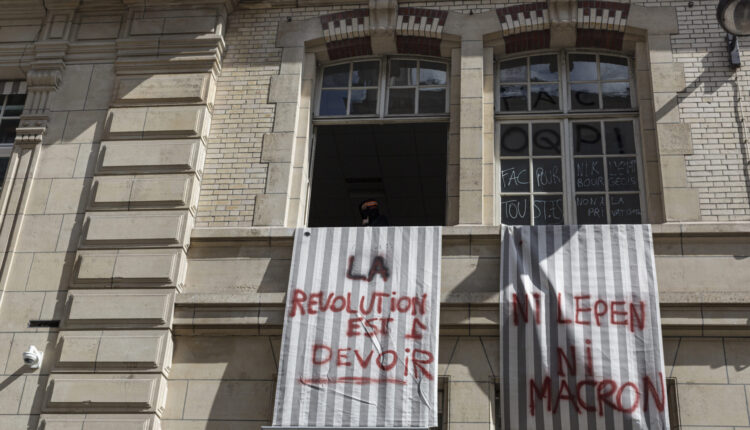 I’m guessing that the French presidential election isn’t high on your current list of interests. If not, I suggest you take a long look at the photos that feature Vladimir Putin communing with one of his favorite goons, far-right presidential candidate Marine Le Pen.

In the French election runoff on April 24, Le Pen has a decent shot at beating current President Emmanuel Macron and fulfilling Putin’s longstanding dream of having an ally in power in the heart of western Europe. May I say with extreme understatement that this would not be a good thing for our western alliance.

Macron and Le Pen finished first and second, respectively, in the initial round of balloting this past weekend. But since neither came close to winning a majority of votes – Macron garnered 27.9 percent, Le Pen 23.2 – they will face off in the deciding round, just as they did in 2017 when Macron prevailed.

That may well happen again this time. The problem is, far-right nationalist sentiment has long been building in France, and it’s currently threatening to bust the country wide open, thanks to widespread public grousing about inflation and immigrants and “elites.” Macron is consigned to the latter category.

The Butchers of Bucha will never face justice. That’s the lesson of history | Opinion

Le Pen, a longtime Putin apologist, has been trying to broaden her political appeal – how else can she win a majority of votes on April 24? – by stressing tax-cutting “kitchen table” issues and playing down her pro-Russia biases. She has criticized Putin’s rape of Ukraine, but her platform echoes key Putin priorities.

Most notably, she wants to withdraw France (the European Union’s only nuclear power) from NATO’s integrated military command structure “so as to be no longer caught up in conflicts that are not ours.” She has also attacked sanctions against the Putin regime. (“Do we want to die? Economically, we would die!” she said recently, when asked if France should cut off oil and gas imports from Russia. “We have to think of our people.”) Her party, National Rally, has even featured a leaflet showing her shaking hands with Putin. That’s no surprise, given the fact that her party financed itself in 2014 with a 9-million euro loan from a Russian bank.

Her con game should be obvious to anyone who’s paying even minimal attention. The problem is, a fatal share of French voters may not be paying attention – or caring one way or the other. Shades of the 2016 Trump ascent in America.

There are limits to the American Renaissance over Ukraine | Bruce Ledewitz

One democracy scholar told The Washington Post the other day: “At the beginning of the war in Ukraine, there was an assumption that it would significantly harm extremists who have long been close to Putin. (But) Le Pen’s success in the first round of the presidential election shows that this was, sadly, naive. Many Europeans just don’t care…The cordon sanitaire (protective barrier) which marginalized the far-right in France is fast eroding. Voting for Le Pen is not nearly as taboo as it has been in the past.”

Le Pen, whose father led the nation’s far-right a generation ago, received only 34 percent of the vote during the runoff election in 2017. But this time the polls suggest that she’s flirting close to the magic 50 percent.

Macron, the incumbent, is a center-left advocate of globalization and the anti-Putin western alliance, and has been famous lately for telling Putin what the war criminal does not want to hear. But the big question is whether a majority of voters will be swayed (excuse me, hoodwinked) by Le Pen’s economic palliatives, like cutting taxes on food.

The Biden administration is understandably worried about the upcoming election, telling reporters on background that a Le Pen victory could weaken the western alliance and give other NATO nations cold feet.

Outside analysts are more blunt.

Benjamin Haddad, senior director of the Europe Center at the Atlantic Council, reportedly says: “(Le Pen’s) election would be a disaster for Europe and the trans-Atlantic front to support Ukraine. She’s against sanctions and arms delivery, has always aligned on Kremlin talking points on Ukraine or NATO. Her platform includes leaving NATO military command and a series of anti-EU blocking measures that would de facto amount to a Frexit (French exit) down the road, though she has taken Frexit off her program this time so as not to spook voters.”

Are the voters in France as stupid or oblivious as the fatal plurality of Americans were in 2016? Vladimir Putin is counting on it.

Opinion contributor Dick Polman, a veteran national political columnist based in Philadelphia and a Writer in Residence at the University of Pennsylvania, writes at DickPolman.net. His work appears on Mondays on the Capital-Star’s Commentary Page. Email him at [email protected].

A direct hit to the wallet. How Philly consumers are dealing with rising inflation