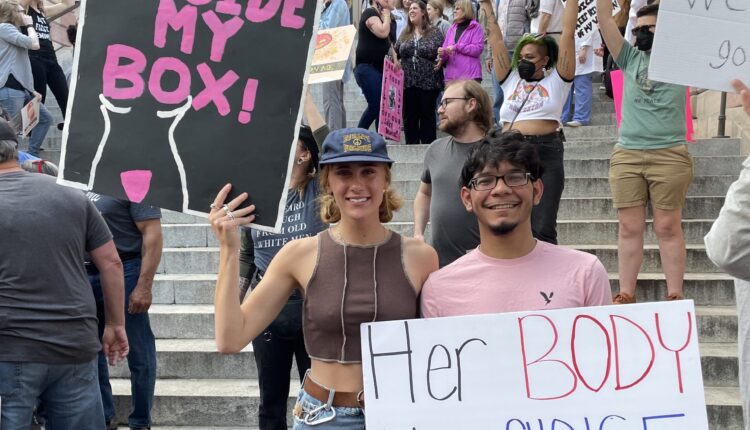 Even if you’ve only been casually following the fiery debate over abortion rights in the days since a leaked U.S. Supreme Court draft opinion eviscerating Roe v. Wade became public, you are likely well aware that there are deeply entrenched opinions among those who support and oppose abortion rights.

You also are probably aware that next week’s already crucial party primaries up and down the ballot, along with this November’s general election, have taken on an even greater importance as a result.

That’s because the party that ends up controlling the state and U.S. Capitols, along with the Governor’s Mansion, will have a major say on the future of abortion rights across the state and the nation.

But let’s take the spotlight off the partisans for a moment, and shine it on that small bloc of swing voters, the persuadable and independent voters, who don’t always get the attention, but nonetheless can determine election results with the power of their ballots.

The end of Roe, or a substantial reshaping of abortion rights by the nation’s highest court, could help Democrats, who have narrow majorities in the U.S. House and Senate, motivate their own voters, and lure persuadable, pro-abortion rights Republicans to their side of the ledger, according to a new analysis by the University of Virginia’s Center for Politics and the Project Home Fire data analytics project.

Since 2009, at least half of Pennsylvania voters have told pollsters at Franklin & Marshall College that they believe abortion should be legal under certain circumstances, while support for an overall ban has declined. Scoring respondents on a 100-point scale, based on the depth of their feeling, researchers asked Republican, Democratic and independent respondents: 1. How concerned they were about women losing access to safe and legal abortion services, and 2. Whether they believed abortion should be legal.

Here’s a look at how they broke on the first question:

And here’s a look at how they broke on the second question:

The responses among Republicans and Democrats were about what you would have expected of them, researchers found. Independent respondents, however, were more likely to land on the pro-abortion rights side of both questions, researchers noted.

Researchers also found that there were “a fair number of Republicans, Democrats, and independents who are somewhat in the middle on these questions (those who picked numbers ranging from 26 to 75 for both questions).

“For instance, note the question about whether a respondent was concerned about women’s access to safe and legal abortion services. Collectively, about 37 percent of all respondents landed in this category, including roughly equal numbers of Republicans (36 percent), Democrats (35 percent), and independents (39 percent),” they continued. 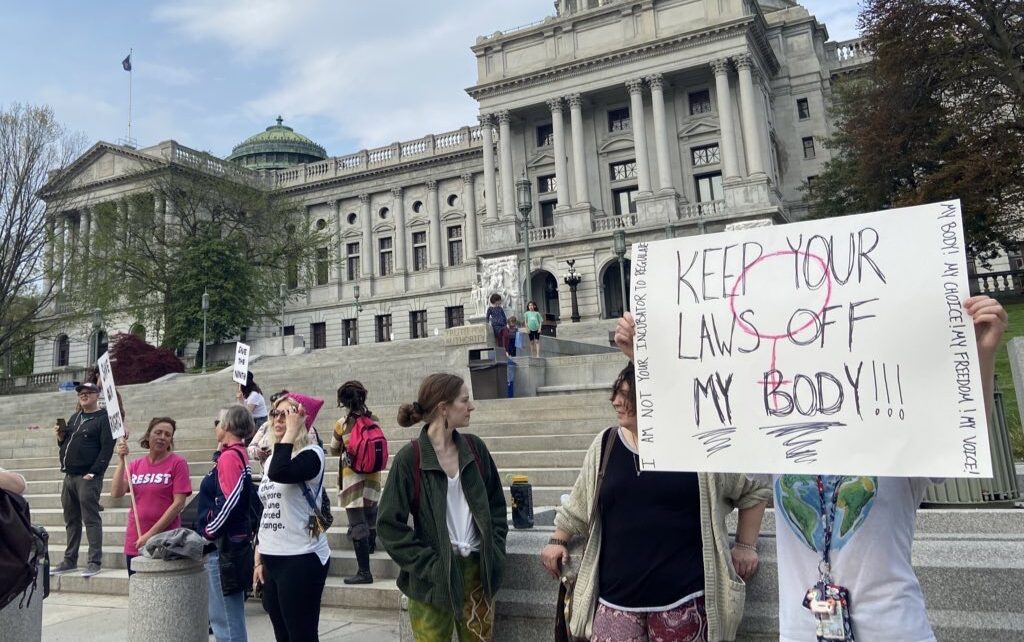 Demonstrators stand outside the Pennsylvania Capitol in Harrisburg to protest the possibility of the U.S. Supreme Court overturning Roe v. Wade on Tuesday, May 3, 2022. (Capital-Star photo by Marley Parish)

Those voters likely are “the kinds of people who may be persuadable either way on the topic of abortion,” the analysis found.

Meanwhile, preventing women from losing access to safe and legal abortion services “emerges as one of the stronger issues for motivating Democratic base and swing voters to get to the polls in 2022 and potentially persuading Republican-leaning voters near the Democratic vs. Republican dividing line to shift their voting intentions to the other side from their present leanings,” the analysis found.

Even so, data suggests that, overall, abortion is still a more powerful tool to motivate Democrats than it is in swinging persuadable Republicans, analysts cautioned.

But, and this a big but, “these voters present as open to maintaining a woman’s right to choose on abortion and the idea that America should be doing more to ensure this, not less.”

Whether that’s enough to trump bigger issues such as the economy and inflation or improve the field for Democrats in a year expected to favor Republicans was not immediately clear, analysts Kyle Kondik,  Robert “Mick” McWilliams and Larry Schack wrote.

But it does mean that Democrats will have to do something that they’re provably awful at doing, and that’s laser focusing their messaging in the run-up to the November general election.

Stranger things have been known to happen. Not many. But some. 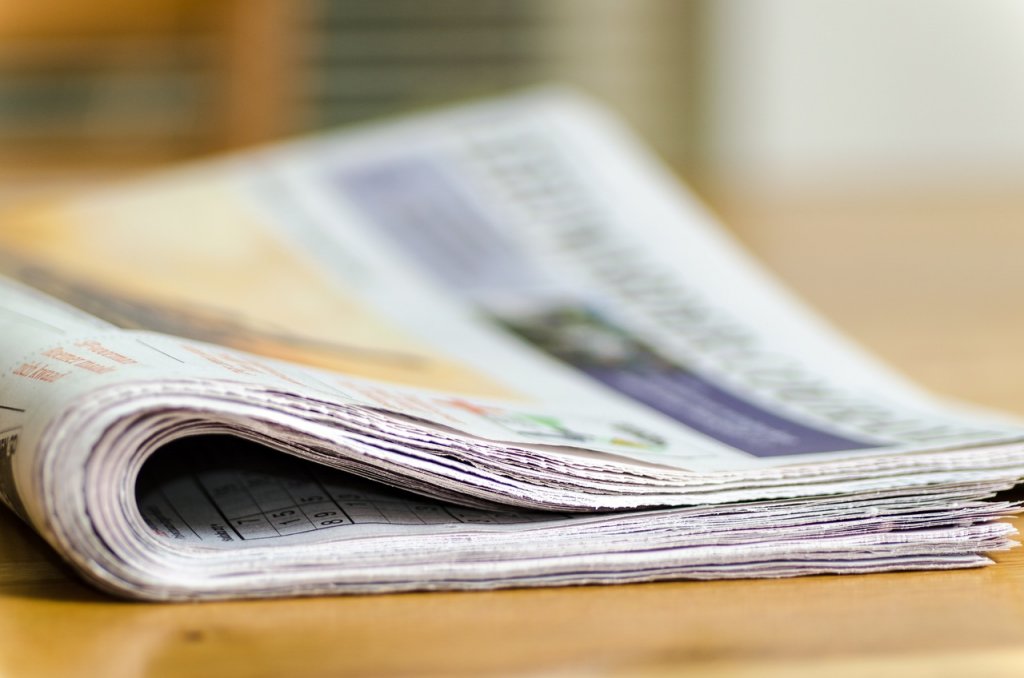 “And were it left to me to decide whether we should have a government without newspapers or newspapers without a government, I should not hesitate a moment to prefer the latter.”

Friends, we’re in the second week of our spring fundraising drive. Please support our nonprofit journalism and help us reach our goal of raising $6,000 by the end of May. We can’t do the work we do without your support.

You can make your recurring, or one-time, gift at this link. Every donation is tax-deductible and goes directly to supporting the honest and aggressive coverage you’ve come to expect of us. Thanks in advance for your support. 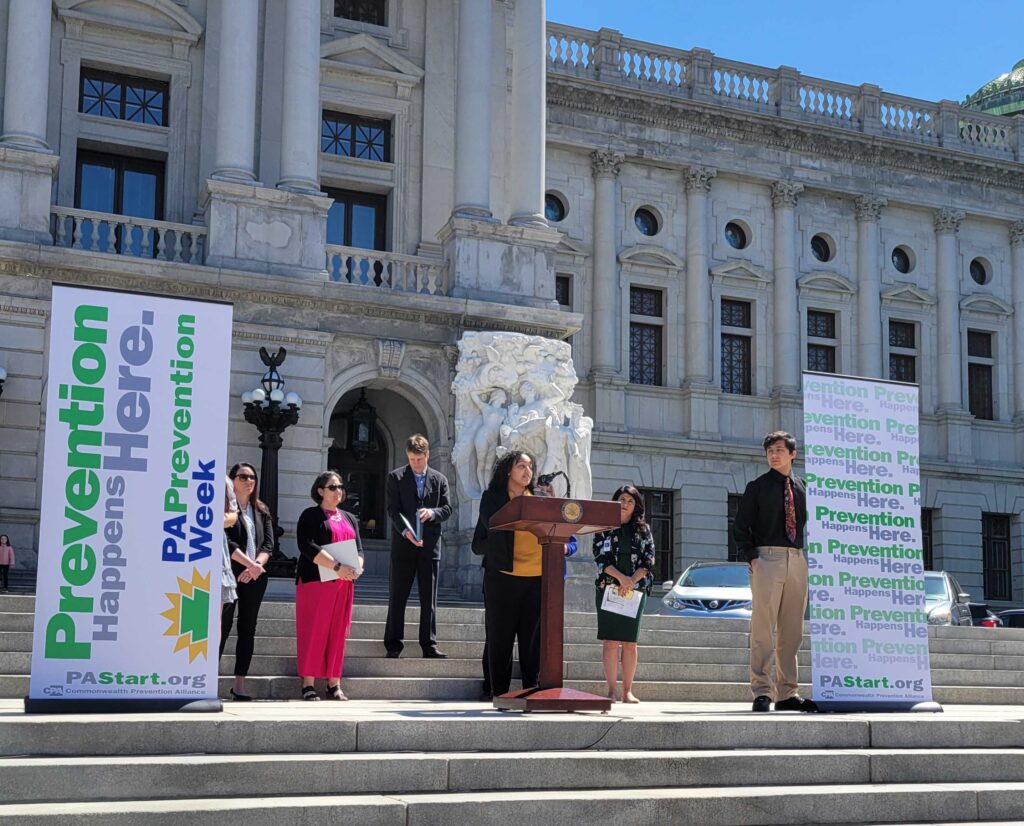 Our Stuff.
In a special report, Capital & Main, courtesy of our partners at Pittsburgh City Paper, explains how the state’s oil and gas industry could jeopardize federal funding to clean up Pennsylvania’s thousands of abandoned and leaking wells.

State and local addiction prevention officials gathered on the Capitol steps on Monday to highlight statewide prevention efforts as part of Pennsylvania Prevention Week, which began on Sunday and runs through Saturday, Cassie Miller reports.

With electricity prices set to rise starting June 1, the state agency that oversees public utilities in Pennsylvania is urging residents to do some comparison shopping if they want to soften the blow to their wallets, Cassie Miller also reports.

Will bipartisan talks in Harrisburg finally spark recreational marijuana legalization, or is the latest effort to go green destined to go up in smoke? Our partners at City & State Pa. take up the question.

Lehigh County District Attorney Jim Martin said he will continue to have county detectives physically monitor drop-off boxes for mail-in ballots but has agreed to talk on Monday with acting Secretary of State Leigh Chapman on the matter, Correspondent Katherine Reinhard reports.

On our Commentary Page this morning: There’s a path for U.S. Supreme Court Court Chief Justice John Roberts to save Roe. He should take it, attorney Matthew Mangino writes. And overturning Roe is only the beginning of the threats to women, journalist Taylor Hirth warns in an op-Ed first published by our sibling site, the Missouri Independent. 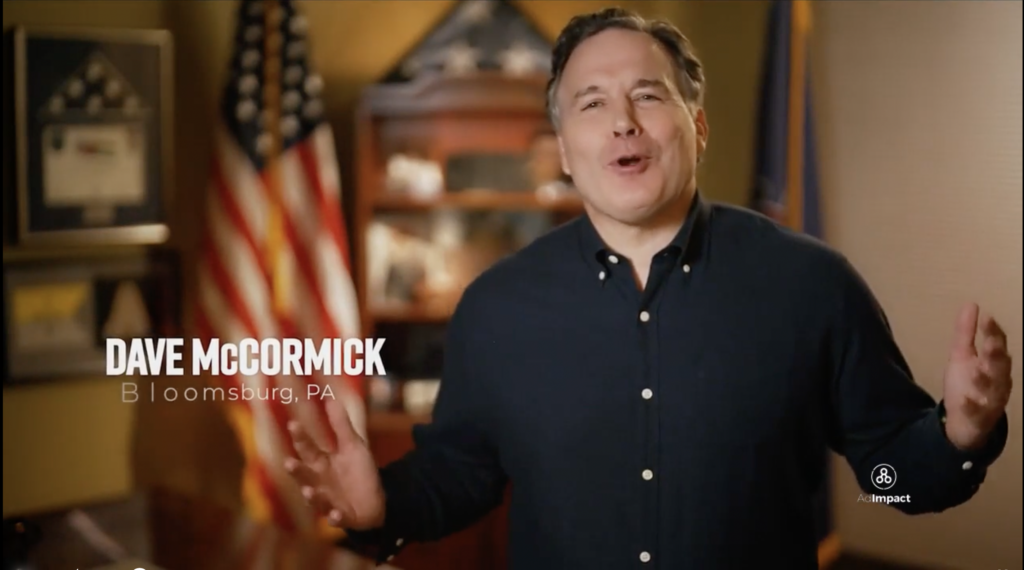 And Mastriano is up by 10 points in the latest Trafalgar poll, PoliticsPA reports.

Pennsylvania’s GOP governor candidates have doubled-down on fossil fuels and ignored climate in the run-up to the primary, StateImpact Pennsylvania reports.

GOP governor hopeful Lou Barletta is making transparency in education one of the hallmarks of his campaign, City & State Pa. reports.

Construction gets started this week on the replacement for Pittsburgh’s Fern Hollow Bridge, which collapsed earlier this year, the Post-Gazette reports.

A suburban Harrisburg school board might be moving to reinstate its First Peoples’ nickname, PennLive reports.

Residents in Dallas Township, Luzerne County, have banded together to fight a proposed commercial development, the Citizens’ Voice reports.

You Say It’s Your Birthday Dept.
Best wishes go out this morning to my old boss, PennLive president, publisher, and loyal reader, Cate Barron, who celebrates another trip around the sun today. Congratulations and enjoy the day.

Heavy Rotation
Here’s an absolute gem from Crowded House to get your Tuesday morning off to an appropriately sentimental and wistful start. It’s the utterly gorgeous ‘Fall at Your Feet.’

Tuesday’s Gratuitous Hockey Link
The Calgary Flames pulled out a 4-1 win over the Dallas Stars on Monday night, evening up their Western Conference playoff series at two games apiece. The Flames’ Johnny Gaudreau scored on a penalty shot on the way to the win, NHL.com reports.

There’s a path for John Roberts to save Roe. He should take it | Opinion