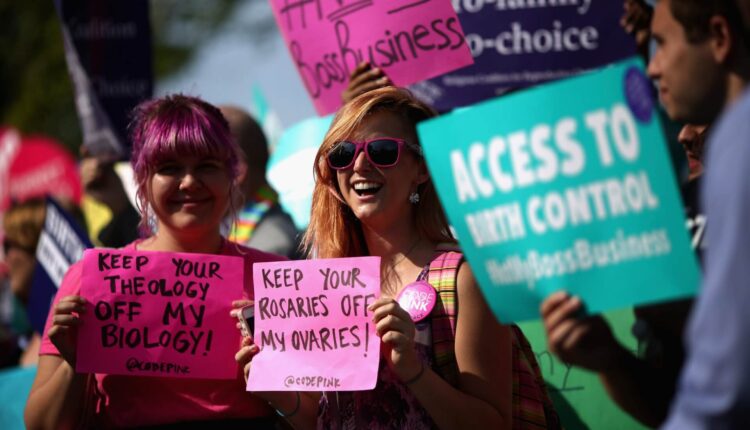 A leak? The Supreme Court tipped its hand on abortion long ago | Bruce Ledewitz

The leak of the draft majority opinion in Dobbs v. Jackson Women’s Health Organization, purporting to overturn Roe v. Wade, is a dark moment for all persons who cherish the rule of law.

A ruling in a case by a court of competent jurisdiction is a solemn and majestic act of sovereignty. Such a ruling differentiates the actions of a judge from the opinions of everyone else about what the law ought to be.

Prior to actually ruling, the justices of the U.S. Supreme Court have been free to engage in thoughtful discussion among themselves, or heated debate, or even horse-trading votes in one case for another. All this has gone on out of the public view.

The law was affected only when the justices formally issued their judgment. But now, with this disgraceful leak, the court has descended into the realm of just another political player.

I have no idea what motivated the person who leaked the opinion, what great political aim was being pursued. I do know that the harm done by this leak to the rule of law transcends any goal that this person was serving.

The justices decided, just like Texas did, and just like the leaker did, that the ends justify the means, that the rule of law could be jettisoned for a greater cause.

That is why it needs to be said that the justices did just as much harm to the rule of law the day last December when the court refused to enjoin the Texas law that prohibited abortion after six weeks of pregnancy.

In a real sense, on that day, the Justices also leaked the draft majority opinion in Dobbs.

By banning abortion long before viability, the Texas law violated, and was specifically intended to violate, the constitutional standard protecting the right to abortion set forth in Roe and subsequent cases.

This is the standard that the draft majority opinion in Dobbs overturns.

Ordinarily, a law like that, clearly violating a settled constitutional right, would be enjoined by the lower courts.

But the Texas law came with a twist — it was to be enforced not by Texas state officials, but by any member of the public who cared to do so.

There’s a path for John Roberts to save Roe. He should take it | Opinion

There was no one to sue to enjoin the law because there could be no certainty about who would enforce it.

Without a preliminary injunction, the Texas law remained in effect because its draconian provisions–$10,000 in damages paid by anyone who assisted a woman in procuring an abortion—forced abortion clinics to close for fear of violating the law.

The Texas law remains, to this day, effective though never enforced.

Many students of the Constitution, including some, such as myself, who hoped that Roe would be overruled, expected the justices to see through the ridiculous subterfuge of private enforcement and vindicate the rule of law by striking down the unconstitutional Texas law.

After all, if Texas could violate the constitutional right to abortion, then California could prohibit owning a gun or New York praying in church, as long as the law in question was enforced by the general public. Until someone bravely broke such a law, it would remain on the books and many people might stop going to church or give up their guns.

But the justices refused to enjoin the Texas law, despite its flagrant unconstitutionality.

Now, with the leak of the draft opinion in Dobbs, we can be confident that the real reason a majority of the justices refused to enjoin the Texas law was that, in their minds, Roe had already been overturned. There was no constitutional right to abortion.

In other words, Texas could outlaw abortion through the stunt of public enforcement, but California could not do the same with guns or New York with prayer.

That is why I say that the justices had already leaked the opinion in Dobbs long before some benighted individual did so last week.

It may strike the average person as unimportant that the Justices refused to honor a holding that they knew was going to be overturned soon anyway.

But the rule of law depends on just such formalism. The sacred obligation of the justices was to treat Roe as the law of the land until the case was formally overruled.

Instead, the justices decided, just like Texas did, and just like the leaker did, that the ends justify the means, that the rule of law could be jettisoned for a greater cause.

All of them were wrong. The rule of law was painfully won. It is the firm foundation of a free society. In court, reason, not power, was to prevail.

Sure, the rule of law was always partly a myth. There was always some politics involved at the Supreme Court.

Yet, like any great myth, the rule of law also expressed the truth.

Today, with the episode of the Texas law, and now with this leak, we are in a more politicized world, in which power is more likely to prevail. We can only hope that a free society remains possible in such a new world.

Opinion contributor Bruce Ledewitz teaches constitutional law at Duquesne University Law School in Pittsburgh. His work appears biweekly on the Capital-Star’s Commentary Page. Listen to his podcast, “Bends Toward Justice” here. His latest book, “The Universe Is On Our Side: Restoring Faith in American Public Life,” is out now. His opinions do not represent the position of Duquesne University Law School.