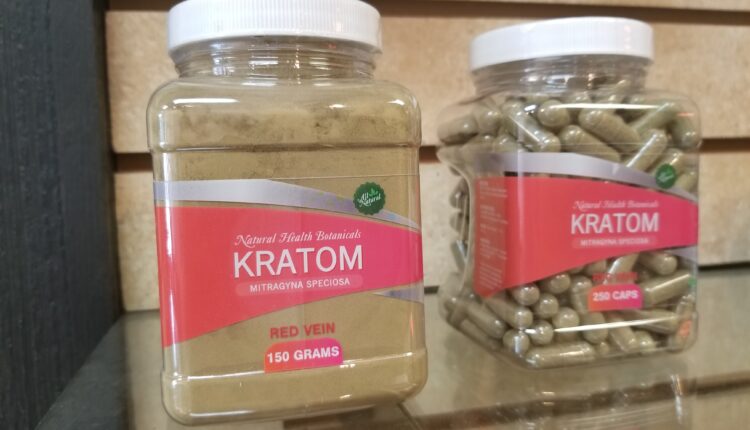 A bill regulating herbal stimulant kratom looked different after a Pa. House panel got done with it

A state House bill that was supposed to enhance consumer protections for kratom, an unregulated plant that has the properties of a stimulant when consumed at low levels and an opiate when consumed in high quantities, ended up looking very different when it came out of committee this week.

Instead of adding protections, the Republican-controlled House Health Committee amended the bill sponsored by Rep. Tracy Pennycuick, R-Mongomery, to remove all provisions about kratom manufacturing and production, and lowered the purchasing age to 18 years old from 21 years old.

The American Kratom Association, an industry trade group that advocates to keep kratom legal and pass kratom regulations, argued those provisions were necessary to keep consumers safe; supporters of the amendment argued most of the regulations struck from the bill were already in place. Legislators are discussing different amendments to the bill, but its future remains in limbo.

People who use kratom say it helps with mental health, chronic pain, fatigue, and reducing symptoms of withdrawal from other substances. Studies have suggested kratom can help people with opioid use disorder transition into recovery.

But kratom is also unregulated at the federal level and in most states, including Pennsylvania, and experts have raised concerns about its safety.

Mason Marks, a law professor for Florida State University, and lead of the Project on Psychedelics Law and Regulation at Harvard Law’s Petrie-Flom Center, said kratom manufacturers sometimes exploit the lack of oversight to include other substances, such as heroin, benzodiazepines, or fentanyl, in their products.

It’s difficult to know how common spiked kratom products are, but Mac Haddow, a policy fellow for the American Kratom Association, thinks overdoses that have involved kratom may be one indicator of adulterated products.

Kratom is very rarely involved in overdoses — it’s involved in less than 1 percent of cases — and people who overdose have nearly always consumed another substance, such as alcohol or heroin.

It’s impossible to know how many of these cases involved two products taken simultaneously, and how many involved tainted kratom. But Haddow said he assumes some were the result of kratom products being contaminated.

The American Kratom Association advocates for a set of regulations that it calls the Kratom Consumer Protection Act. A version of the legislation has passed in eight other states. Haddow said Pennycuick introduced it in Pennsylvania at the trade association’s request.

However, the Health Committee removed all of these provisions with an amendment before approving the bill. The amendment passed unanimously.  The bill was sent to the House floor by a vote of 24-1, and it is now before the chamber’s Rules Committee.

Rep. Dan Frankel, D-Allegheny, said he voted for the amendment because the bill didn’t do as much as it appeared.

The original version of the bill included a ban on manufacturing or selling kratom products that included controlled substances, such as heroin and other opioids, or benzodiazepines, which are tranquilizers.

Haddow said the FDA and other government agencies don’t enforce controlled substances laws against adulterated kratom products. The FDA claims that kratom is dangerous and has no medical benefits; it’s seized kratom products three times, but two of those were for making misleading health claims and none of them involved kratom that was tainted with other substances.

Frankel also took issue with the enforcement mechanisms in the bill. The bill listed a series of escalating fines for retailers that violated the regulations by selling unsafe kratom products or by selling kratom to any underage customers. But if retailers were unaware that the products were adulterated, they would not have to face consequences.

Frankel argued that this encouraged retailers to ignore their products’ safety, and said he would rather require retailers to pay for testing that proves the products aren’t adulterated.

The original bill would also have limited 7-Hydroxymitragynine, an alkaloid in kratom, to no more than 2 percent of a kratom product’s total alkaloid composition. This is the naturally occurring level of 7-Hydroxymitragynine, so this rule would only prohibit concentrates or extracts of kratom, according to Marks.

7-Hydroxymitragynine “has about 10 times the potency of morphine,” according to Dan Mallinson, a Penn State professor who studies drug policy. “So there is a concern that high levels of the alkaloid will lead to dependence and abuse.”

Frankel said he and a group of lawmakers want to create another amendment adding some provisions back in and creating labeling regulations that require the exact concentrations of psychoactive and active ingredients in any kratom products. Marks said bills regulating kratom should also contain a warning not to consume it with alcohol, opioids, or benzodiazepines.

There is no floor date set for the bill and Frankel said he doesn’t  know how long it will take to get support for his desired amendment.

Haddow said that, until regulations are passed, consumers are at risk from contaminated kratom products. He told a story where he confronted a vendor who was selling “clearly an adulterated product,” and asked them how they got away with selling their products in states with the Kratom Consumer Protection Act.

Buy and Bust: When Private Equity Comes for Rural Hospitals