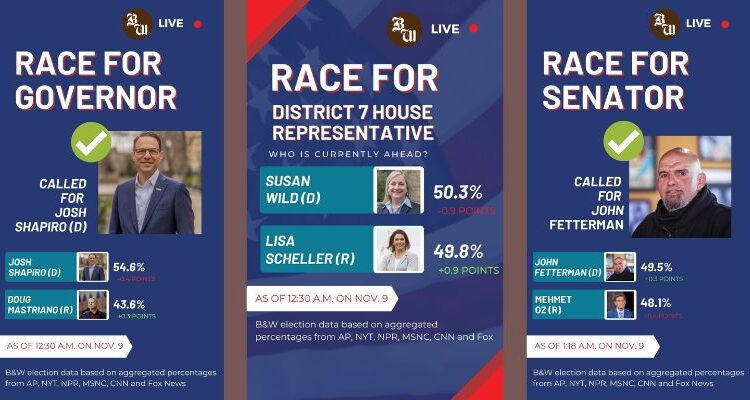 “We bet on the people of Pennsylvania, and you didn’t let us down,” Fetterman said in his victory speech.

(1:05am) Within the first hour after election day, some local and statewide midterm races are still too close to call.

Local county- and state-level election results have historically pointed to national results, meaning many eyes are on Pennsylvania and the Lehigh Valley, specifically.

The following results are based on percentages from these organizations as of 12:30 am on Nov 9.

Fetterman has a 0.8-point lead over Oz.

Wild has a 0.5-point lead over Scheller.

Republicans currently have more representatives elected to the House of Representatives, and party control of the Senate is understood to be generally even at this time.

The Brown and White will be keeping up to date with election results and will update this page and social media frequently.

No GOP ‘wave,’ but Republicans could still gain control of U.S. House