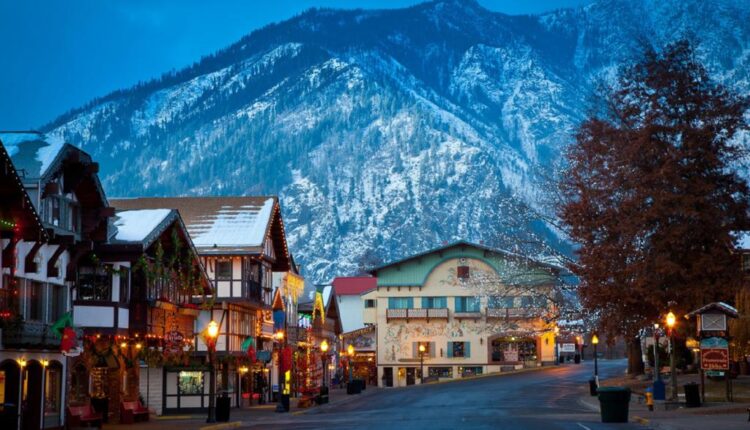 If the festive feel of the holidays has you dreaming of an apropos getaway, the good news is there’s no shortage of utterly charming Christmas towns sprinkled across the United States.

From North Pole in Alaska and Taos in New Mexico to Bethlehem in Pennsylvania and Duluth in Minnesota, the best Christmas spots have lights, decorations and Santas aplenty — plus plenty of weird and wonderful traditions of their own. They’re without a doubt among the best places to visit this winter.

So pack your bags (and your Santa hat!) and head to one of these destinations that put the cheer into the most wonderful time of year.

Tucked away on the eastern slopes of the Cascade Mountains in Washington State, this Barvarian-style village charms in any season but transforms into an alpine wonderland during the holidays. For three weekends leading up to Christmas, the village is illuminated with more than half a million lights and also features carolers and holiday concerts, sledding and sleigh rides, a Christkindlmarkt and visits from St. Nickolaus. There’s also a Leavenworth Nutcracker Museum, which features more than 5,000 objects.

Located a short drive from Fairbanks, this year-round Christmas town is never more magical than during the month of December, when freshly falling snow makes the town’s Santa Claus House — located on Santa Claus Drive, of course — look like a scene from a winter wonderland In addition to photo ops with the big red man himself and meet and greets with his team of reindeer, the house features a Christmas shop with plenty of North Pole swag, even letters from Santa that can be sent with that all-important postmark. 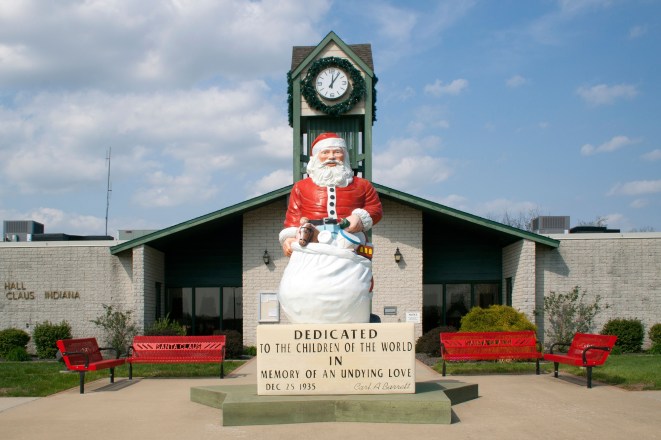 This small town located east of Evansville has certainly earned its holiday cred: Every year, volunteers from Santa’s Elves non-profit organization and the Santa Claus Museum & Village mobilize to answer the thousands of letters addressed to Santa that arrive at the local post office. The town also has its fair share of local must-sees, including Santa’s Candy Castle, the Santa Claus Christmas Store, the drive-through Festival of Lights inside Christmas Lake Village and the Tremendous Christmas celebration at the Lincoln Pioneer Village & Museum. 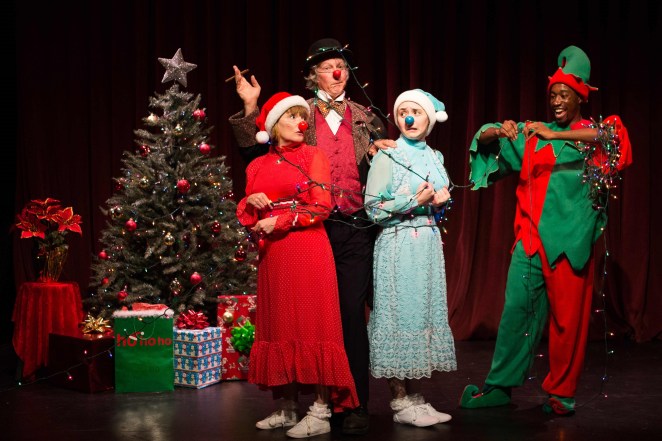 Also known as “Christmas City,” this eastern Pennsylvania town celebrates all things Christmas with more than 50 events across town and perennially popular pop-up markets and exhibits to visit. Top draws include one of the country’s biggest Christkindlmarkts, which features more than 100 exhibitors, as well as the annual “Trees of Historic Bethlehem” showcase. Across town in the Southside Arts District, live concerts, comedy sets and screenings of classic Christmas films add an extra dose of holiday cheer. 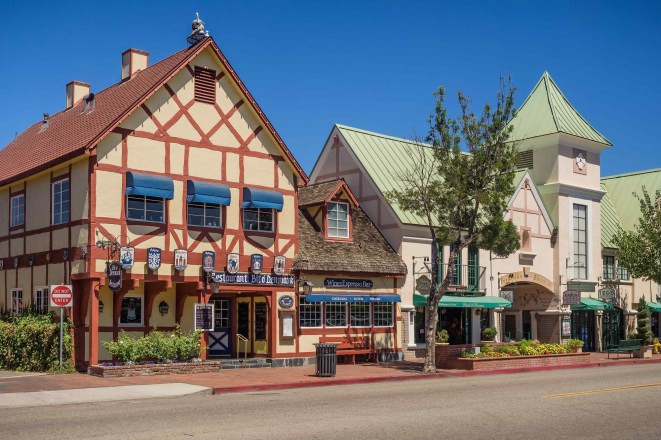 Always a worthwhile stop en route from Los Angeles to California’s Central Coast, this quaint Danish village pulls out all the stops its annual Julefest. A busy calendar of events includes: a Christmas parade; candlelight and caroling tours; live Christmas concerts in the park, as well as other holiday concerts around town; Holiday lights tours in the Santa Ynez Valley and a town-wide, month-long hunt for mischievous Danish Christmas elves called Jule Nisse. 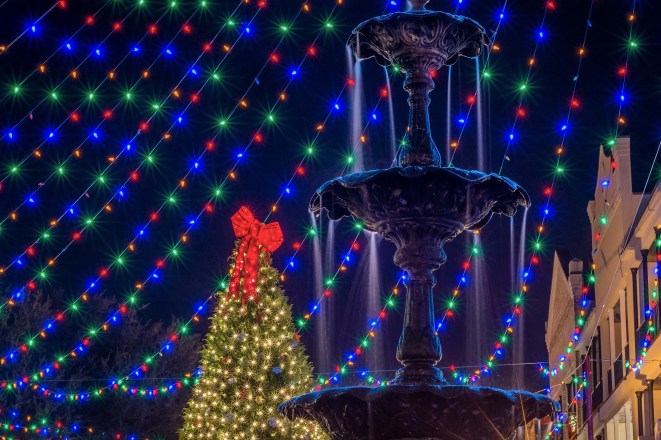 Christmas gets a Creole twist in this small town with big history: Natchitoches is home to Louisana’s oldest general store, the Kaffie-Frederick General Mercantile, and the entire downtown is a registered National Historic Landmark District. More than 300,000 lights and 100 set pieces illuminate the town as well as the banks of the Cane River. Other celebrations include parades and live performances, historic home tours, carriage rides and fireworks. The southern town’s Festival of Lights is quickly approaching its centennial; this year marks its 92nd edition. 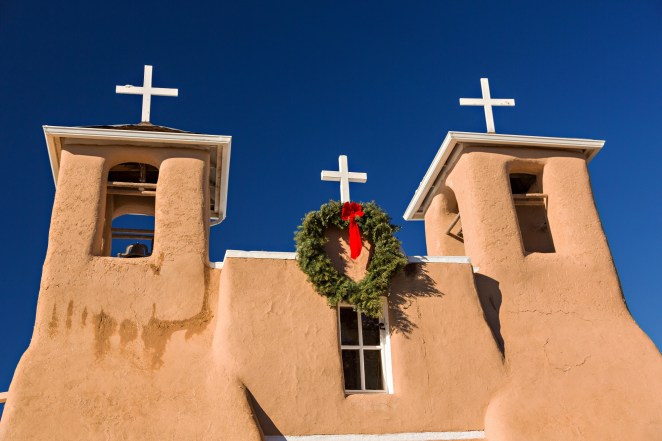 From the torchlight parades that hit the local ski hills on Christmas Eve and New Year’s Eve to the annual Christmas Eve procession at the Taos Pueblo (during which massive bonfires and many luminara candles are lit and historic rifle salutes honor the procession of the Virgin Mary) , it’s safe to say that Taos does Christmas in its own spirited way. The region’s adobe shops and storefronts, all gussied up in their finest holiday, are particularly enchanting when freshly blanketed with a dusting of snow. 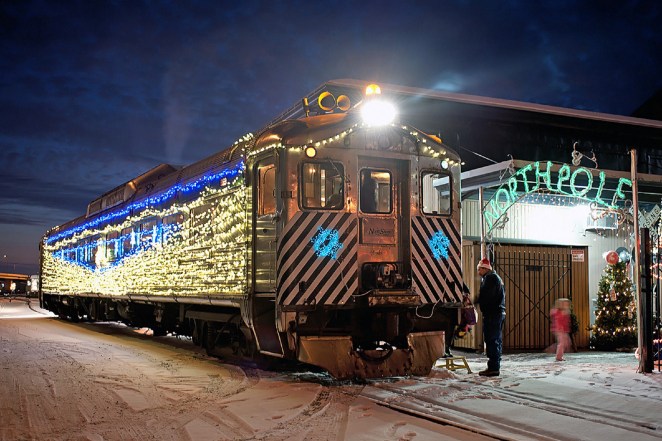 This industrial town on the shores of Lake Superior has plenty of that legendary “Minnesota nice,” as exemplified during the holidays by volunteers who brave the frosty temps to hand out hot chocolate and other treats at the country’s largest holiday light show experienced on foot. The headliner is a 12-story Christmas tree illuminated with more than 150,000 bulbs. The city’s Christmas City Express — a vintage train wrapped in holiday lights and decor — is another popular family-friendly offering. 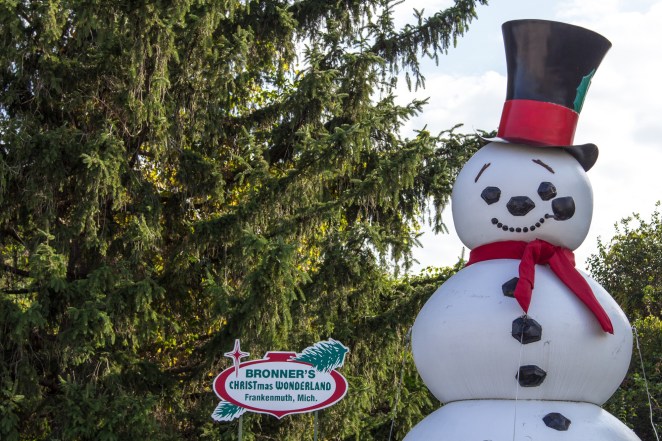 the no 1 reason millions of visitors make annual road trips to this small town in central Michigan? Bronner’s Christmas Wonderland, also known as the world’s largest Christmas store. Open year-round, with the exception of a few major holidays, Bronner’s is a retail experience of epic proportion. Two to three times larger than typical big-box retailers, the shop features thousands of styles of ornaments, hundreds of varieties of lights and Christmas trees and hundreds of figurines depicting both festive and religious Christmas scenes — and that’s just the start. 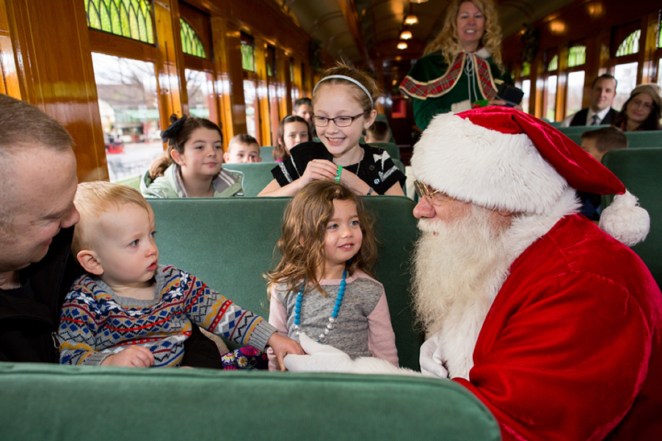 Located in the heart of Lancaster County, the historic borough of Strasburg celebrates the season by digging into its locomotive roots. Nicknamed “Train Town USA,” the area is home to both the Railroad Museum of Pennsylvania and also the Strasburg Rail Road, which is transformed into Santa’s Paradise Express every December. Meanwhile, the museum gets into the spirit with holiday programming that promises fun for kids of all ages. Consider a detour to shopping-and-dining destination Kitchen Kettle Village or amusement park Dutch Wonderland for even more wintertime fun.